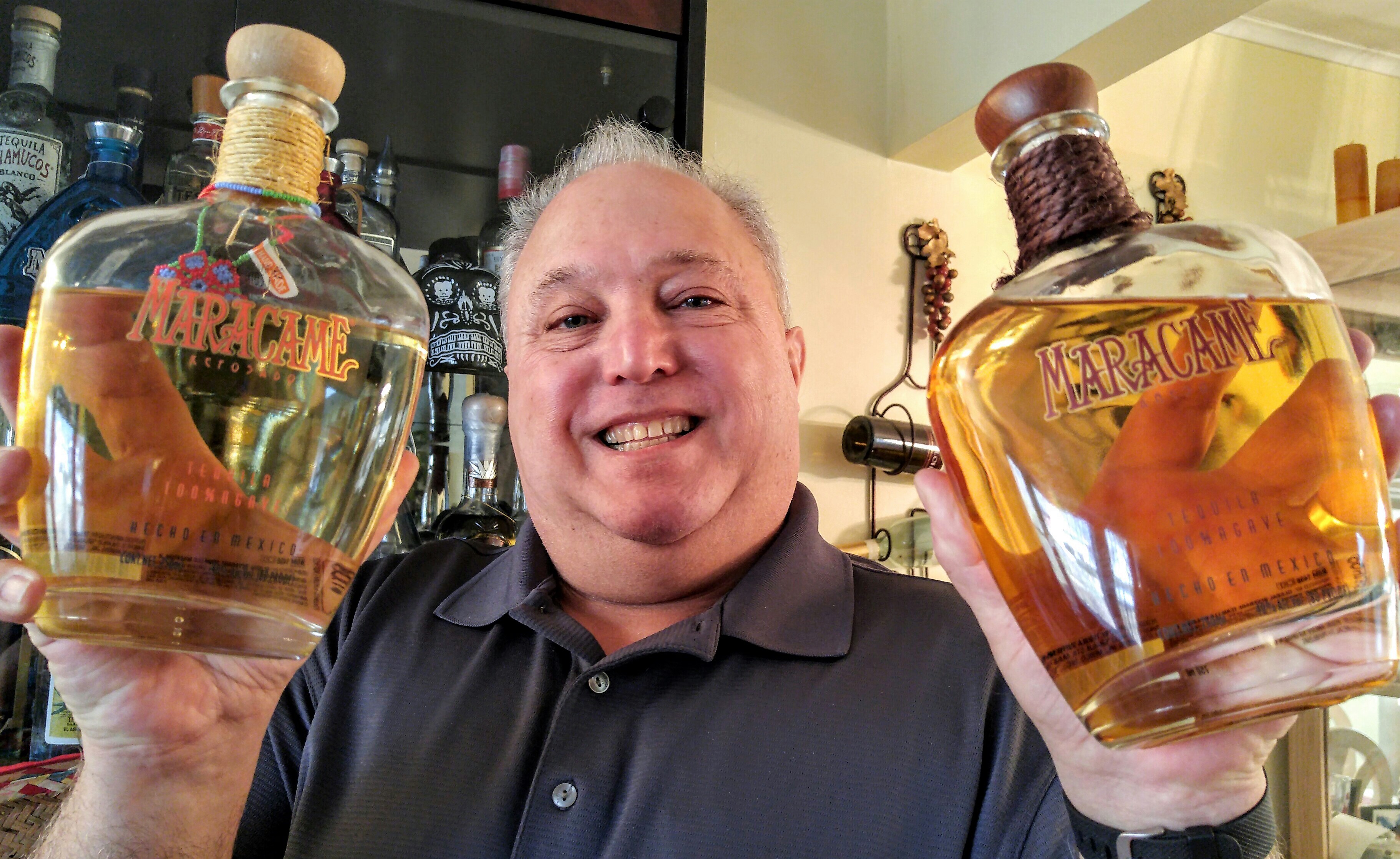 Maracame (pronounced-mah-rah-KAH-may) is an artisanal- small volume, multiple award winning brand made by Tequila Supremo- NOM 1456 in the highlands (los altos) of Arandas, Jalisco. An important part of Maracame Tequila, is the exquisite packaging, including the beautiful bottles and boxes, and their connection to the native inhabitants of the area. However, this in no way is the end of this story of this brand, or even the best part. Yes the packaging of both the bottles and the boxes are absolutely stunning, but unlike so many other brands that have beautiful packaging or beautiful bottles, and not much else going on.....this is not the case. The quality of the juice inside the bottles are even better than the packaging. The blanco is clean and smooth, fruity, buttery, floral and delicious- a perfect sipping blanco. The reposado is vibrant, oaky and fragrant, with honey, spices and caramel and this anejo is really really spectacular. 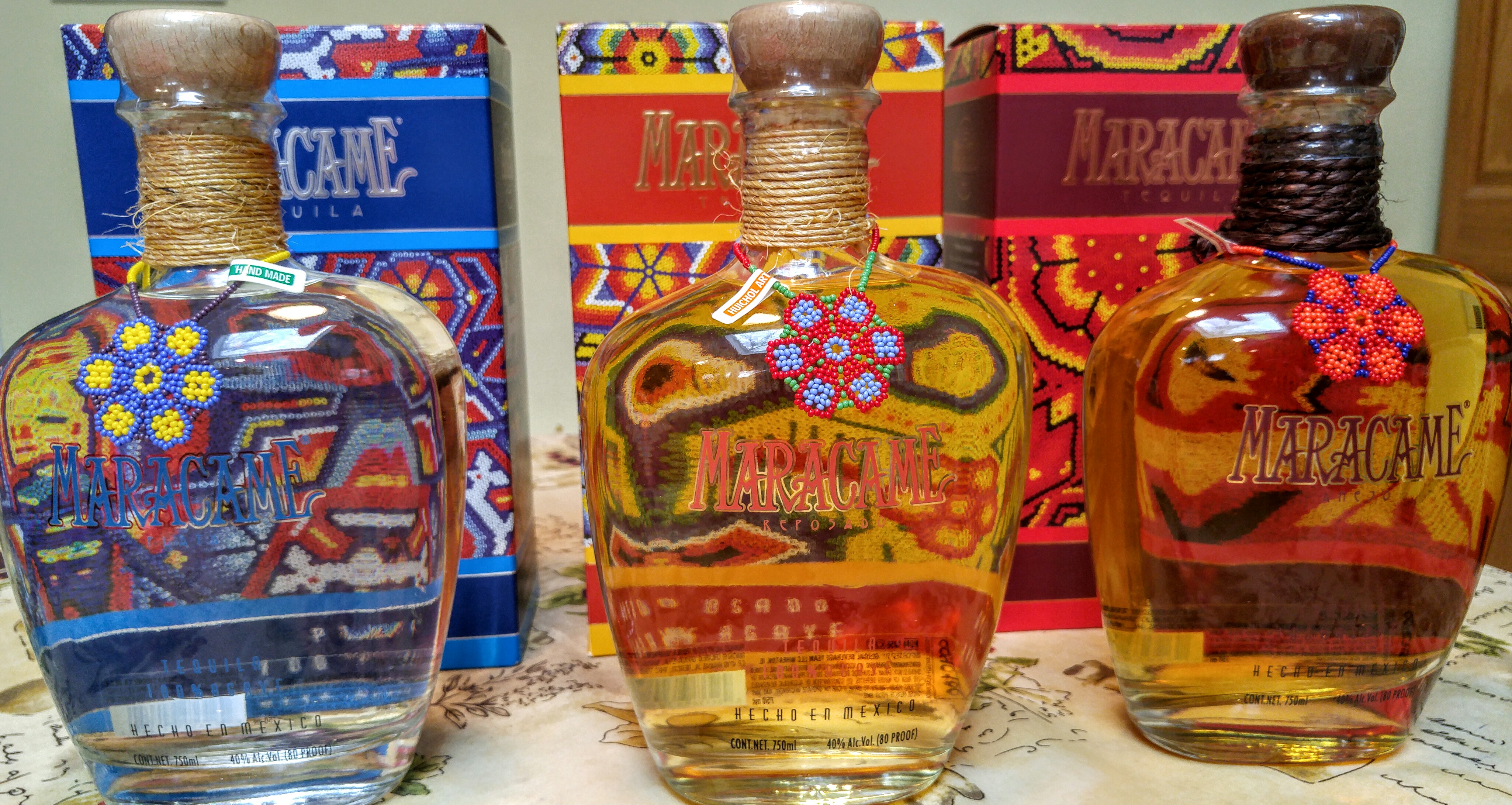 The distillery is known as 'Casa Camarena', one of the longest operating producers, and is wholly owned and operated by the Camarena Family of Arandas. Originally known as 'La Arandina', Casa Tequilera Casco Viejo was founded by Augustin Camarena in 1938, and today is Tequila Supremo. The Camarena's family heritage in tequila began more than 250 years ago. The distillery is situated in the Sierra Madre Occidental mountain range, with average elevations of over 7,000 feet. This area is considered the epicenter of artisanal highland tequila production. Maracame is the gem of the line made here, and it's production procedure is purely traditional. In 1860, the family planted their own agave estates around Arandas, and today the family grows more than 3 million blue weber agave plants, and is one of the biggest agave growers in the business. Some of these highland agaves, grown in this mild climate and rich red earth, grow at an elevation of nearly 8,000 feet. In case you're wondering, the family is related to Carlos and Felipe Camarena, as Don Agustin was their grandfather's brother, and they worked together at one time but went their separate ways as producers. The Camarena's were Spanish immigrants who co-founded Arandas in 1761, where the distillery can still be found today. They distilled their first tequila in 1938 and today Tequila Supremo is the fourth largest tequila distillery in Mexico. In 1970, Doña Elena Herrera Orendain (Doña Helena), daughter-in-law of Don Augustin and a descendant of Jose Cuervo, assumed control of Casa Casco Viejo and the mother company- Tequila Supremo. Doña Helena with her 6 sons, are members of the board and the owners. 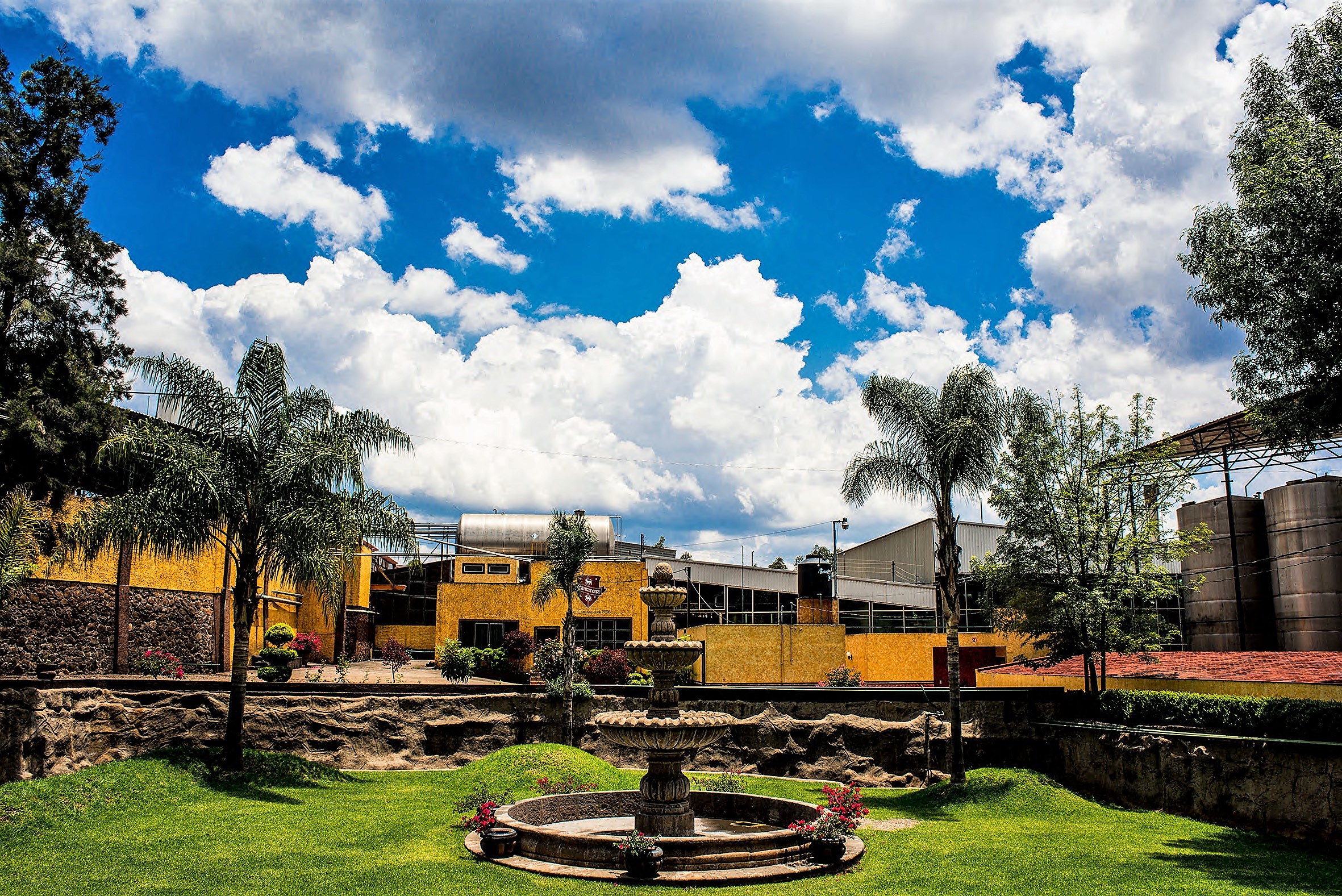 Casa Camarena and Tequila Supremo produce brands including Casco Viejo, Familia Camarena Tequila, Azteca Azul, La Cava Don Agustín, and Maracame, as well as others. Maracame is the top of their line, is made differently and gets special attention. Maracame Tequila has really hit the export market running, and Maracame is distributed in the US by Global Beverage Team, LLC Chicago, Illinois. Maria Soto (Operations Mgr) from Global Beverage said "we have the rights to Maracame Tequila and Azteca Azul Tequila, both produced by Tequila Supremo in Arandas, and we started importing Maracame at the end of 2014." Maria went on to say "we currently have presence/distribution in the following markets: Illinois, Texas, Florida, Indiana, Kentucky and California, and we're passionate and committed to making Maracame successful in the US, and always looking for new distribution, in other markets." She explained some of the recognitions, and awards, including very high ratings from the International Review of Spirits, the 2015 Los Angeles International Spirits Competition, as well as the respected 2015 San Francisco World Spirits Competition, where Maracame won double gold with their Anejo, gold with the delicious Plata Blanco, and silver with the Reposado. I personally agree with most of these awards, putting the Plata (blanco) and anejo in the top spots. I love the blanco and think it's a real killer, but I also realize that many people are going to go nuts over this anejo, especially lovers of whiskey, cognac or bourbon. Although this may interest those spirits lovers, there is no doubt that it is fine tequila. 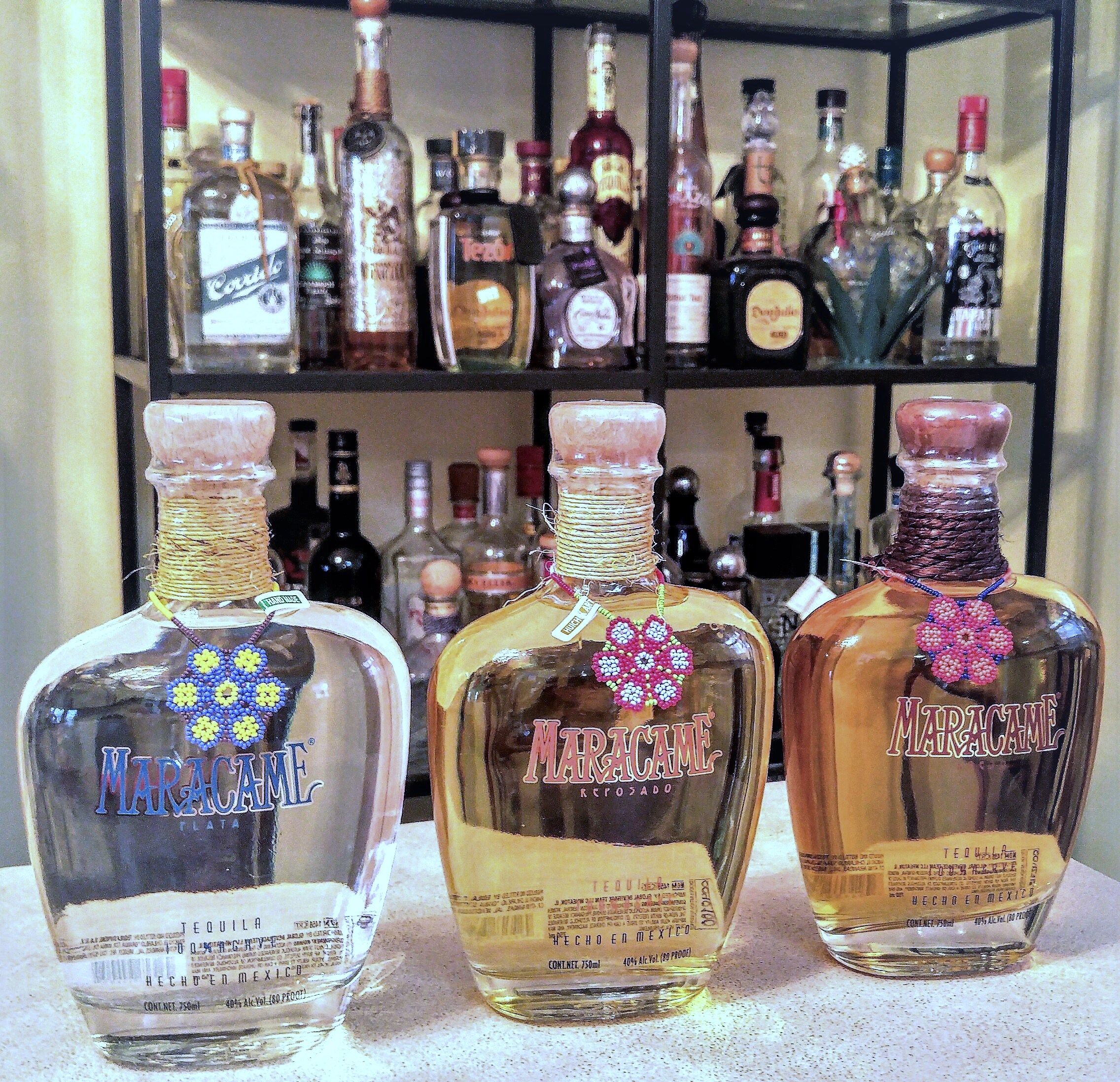 Tequila Maracame has come a long way from being sought after, and only available in duty free shops in Mexico for over 10 years. For a long time travelers knew of this tequila and word spread, but it just wasn't available anywhere else, except in Mexico (duty free) or in The Czech Republic, UK and Russia for about 8 years. Now it is being distributed in the US, and on-line, and that's a great thing. They also make a 3 year aged Extra Anejo called 'Gran Maracame' as well. Enrique de Grau (International Sales & Marketing Mgr) from Supremo, explained that only the Maracame brand uses very ripe 'hand selected' 8 year old agave for more mature sugars and more flavors, and said "we only produce about 1,000 cases (9L per year) of each Maracame expression (Blanco, Repo, Anejo) and only produce 100 cases per year of the Extra Anejo." The most popular is the anejo, representing 50% in sales. He said with the small volume of Maracame made, they decided to dedicate their historic volcanic rock horno for it's sole production. De Grau told me we slow roast for 60 hours of cooking, then we open the oven doors and chill under normal weather conditions for 24 to 36 hrs. Enrique added that "the fermentation process is under normal weather conditions with stainless steel tanks, and we use champagne yeast to give a different profile to the product, giving it more green fruit notes (green apple and pear) and some acidity, with quite similar notes of a Chardonnay." The distillation is in stainless steel and copper coil pot stills, in small batches and de Grau said "we use only the 'heart' of our distilling process, no heads and no tails from the first distillation". The Master distiller for Maracame Tequila is Agustin Camarena Herrera. 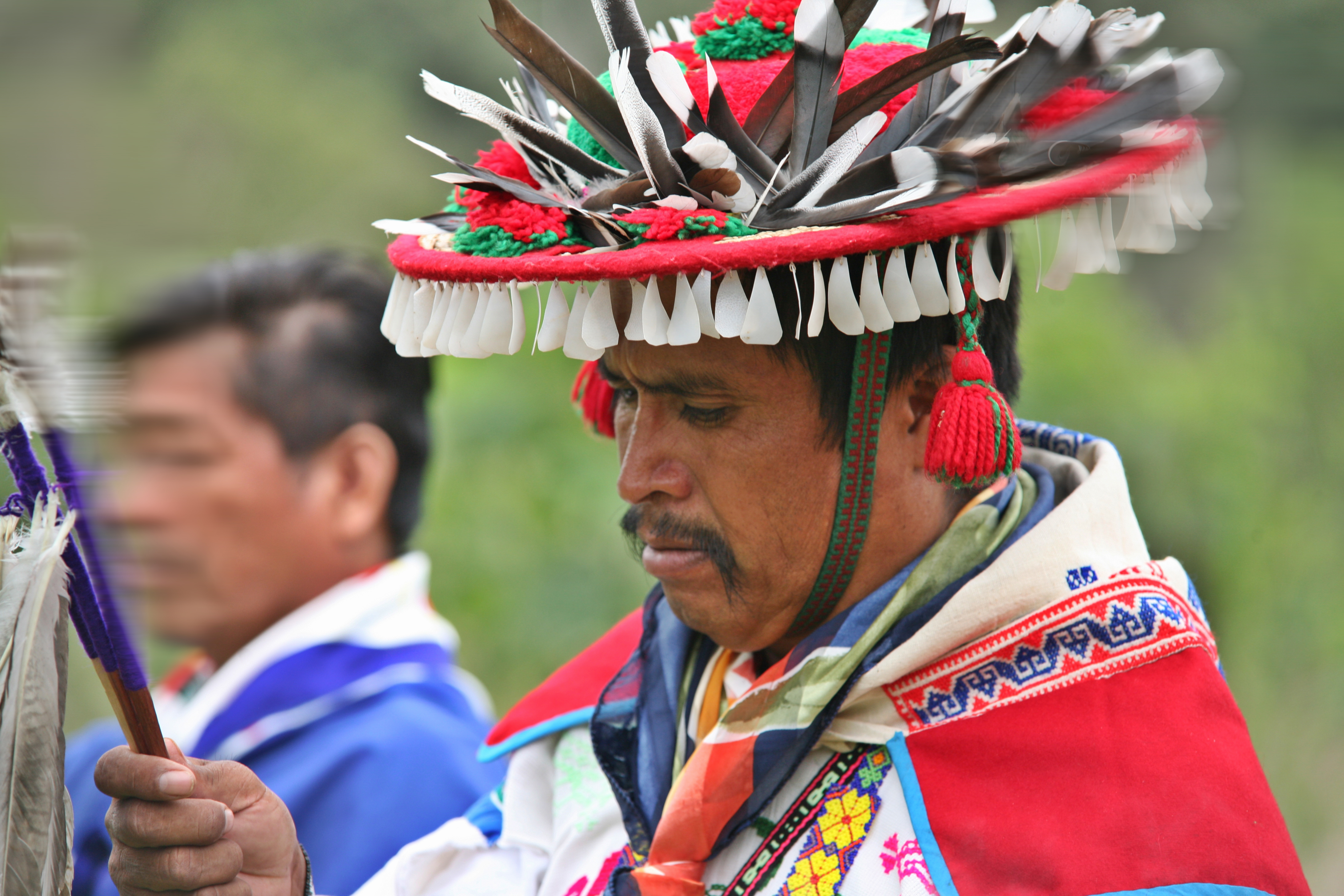 Maracame Tequila has a strong connection to the Huichol Native Mexicans, (or Wixaritari), who live in the area of where Maracame spirits are produced. The Huichol have a very religious and cultural history. The Word 'Maracame' means the leader (Shaman), Wizard or Medicine Man. He has many functions including being the spiritual guide of the group acting as Priest, as well as Healer. In order to become a great Maracame, long years of intense physical, mental and spiritual preparation is required. The Huichol have lived in the central Mexican mountains for 15,000 years. The Maracame is revered by the community for his supernatural ability to communicate with the forces of nature and to bring needed rain to the crops through unique ceremonies, as it's the Maracame who guides the community through these and many other rituals. This involves singing, weeping, and contact with ancestor spirits. Huichols have traditionally used the peyote (hikuri) cactus in religious ceremonies. Each year members of the Huichol community travel some 300 miles from the area where they currently reside in the Sierra Madre Occidental range, in the states of Jalisco, Nayarit, Durango and Zacatecas to “Wirikuta” or San Luis Potosí, their ancestral homeland. This pilgrimage takes place annually as a desire to return to where life originated and heal oneself. The Huichols assume roles of gods along the trail that they usually take by foot, and through the use of peyote, the Maracame is able to speak to the gods and ensure the regeneration of the Huichols’ souls. As an acknowledgment of the dedication and the cultural importance of his character, Tequila Supremo has named their prize tequila after him. 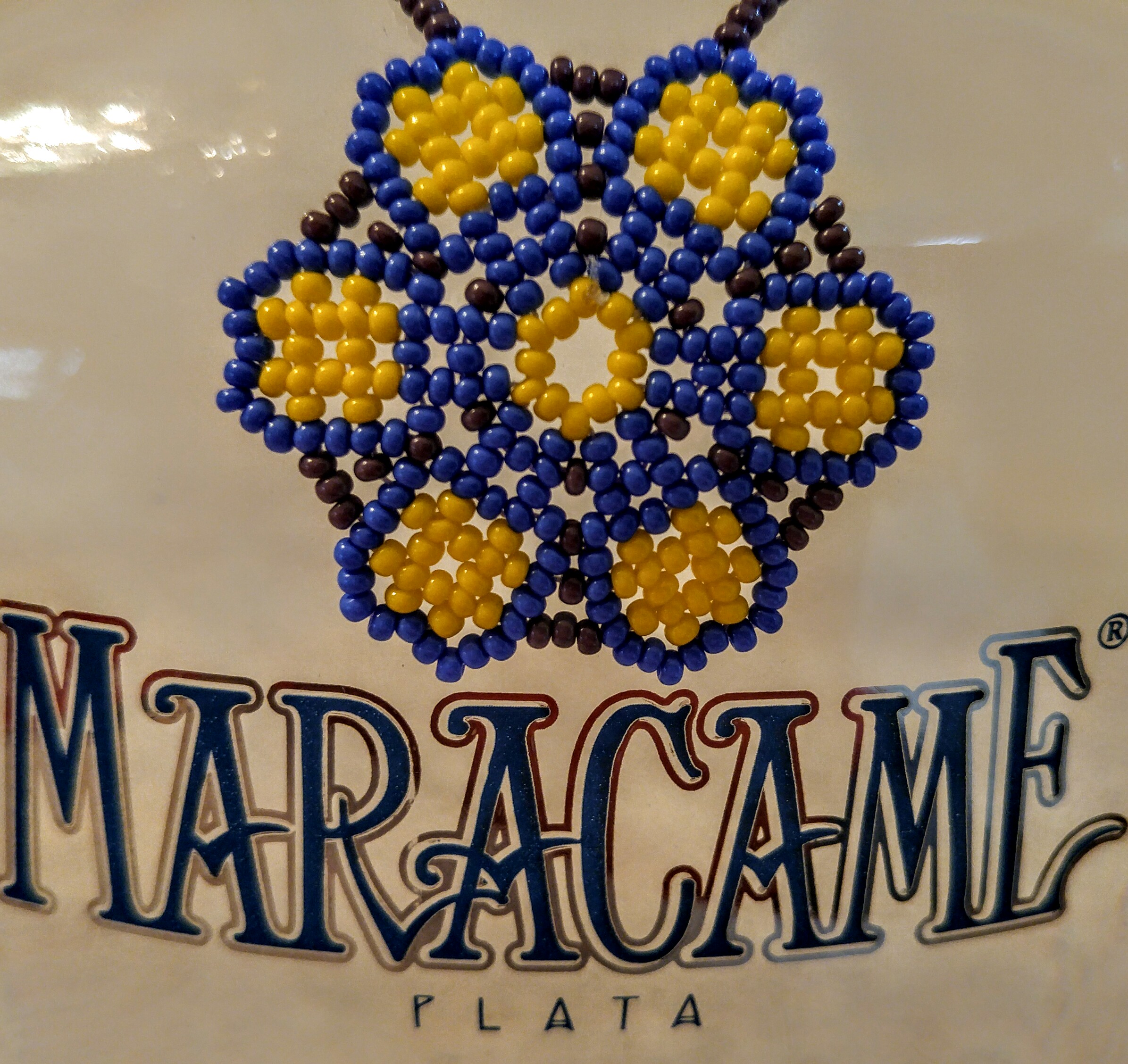 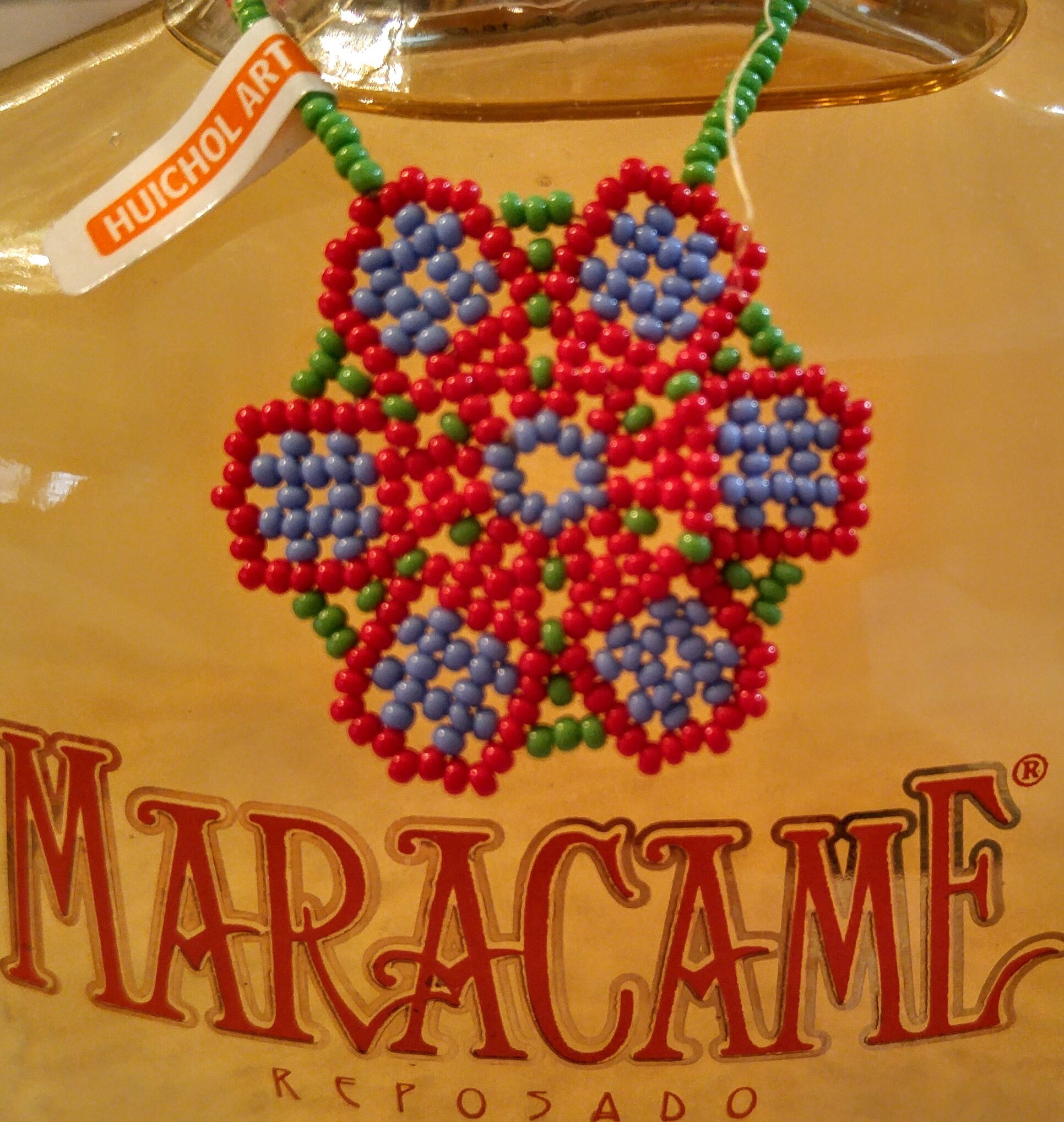 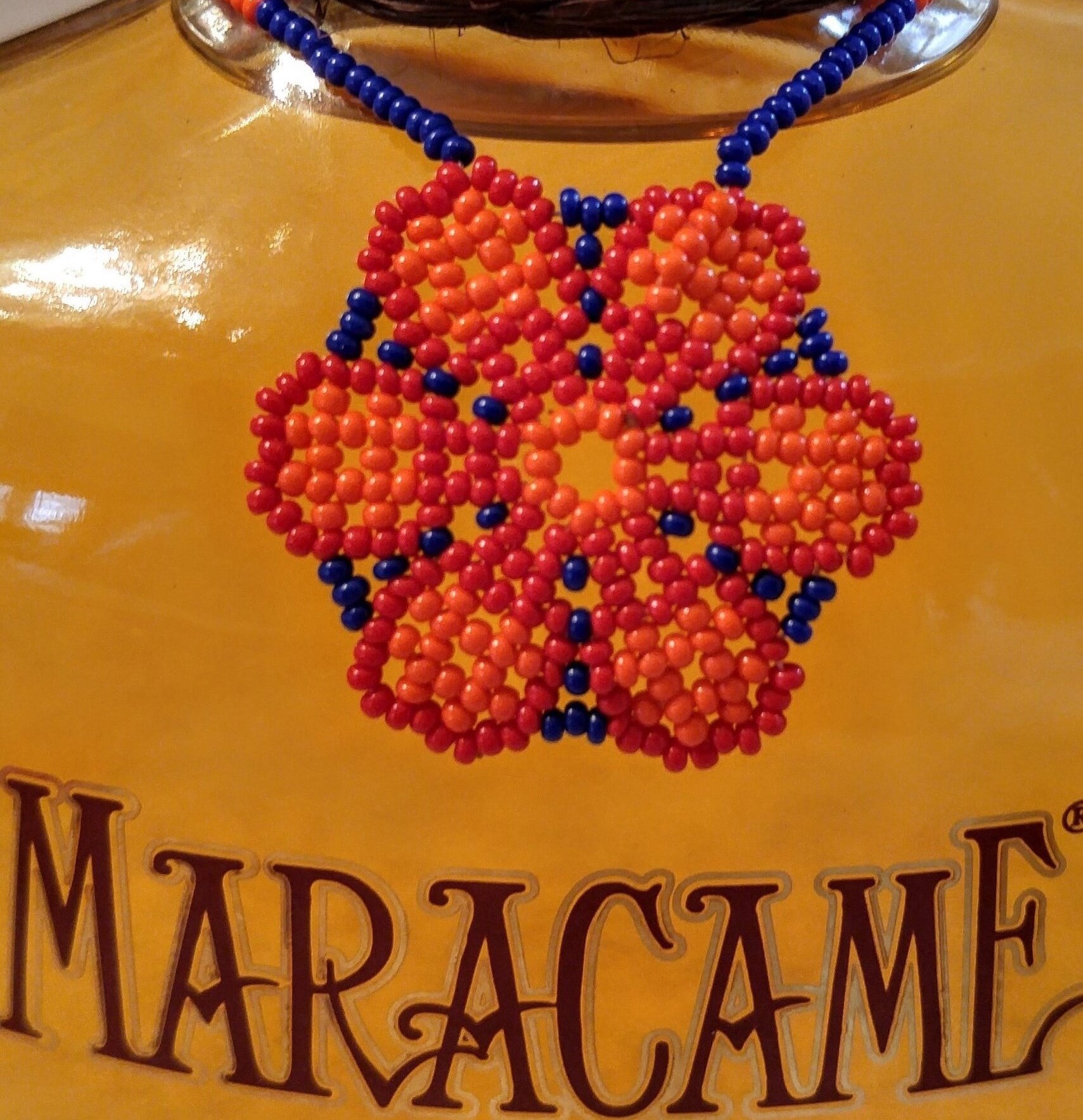 They are also famous for their beautiful beadwork (SEE ABOVE), murals, figurines and artwork. The Huichol make these beautiful, authentic beaded handmade medallions for each bottleneck expression. These gorgeous beaded medallions are so nice that my daughter immediately took mine, and it's now on her keychain. They are simply spectacular, and all funds derived from the production of Huichol art and craft work, used to market and sell Maracame Tequila go directly to the Huichol community. Not surprisingly, Maracame received a Double Gold Medal in Packaging Design at the SFWS Competition. The whole presentation is spectacular and each bottle is boxed and wrapped in a colorful tissue. The artwork on the boxes are simply gorgeous and inside the box, a colorful booklet is included, filled with images that tells the story of Maracame Tequila along with some history of the Huichol People. 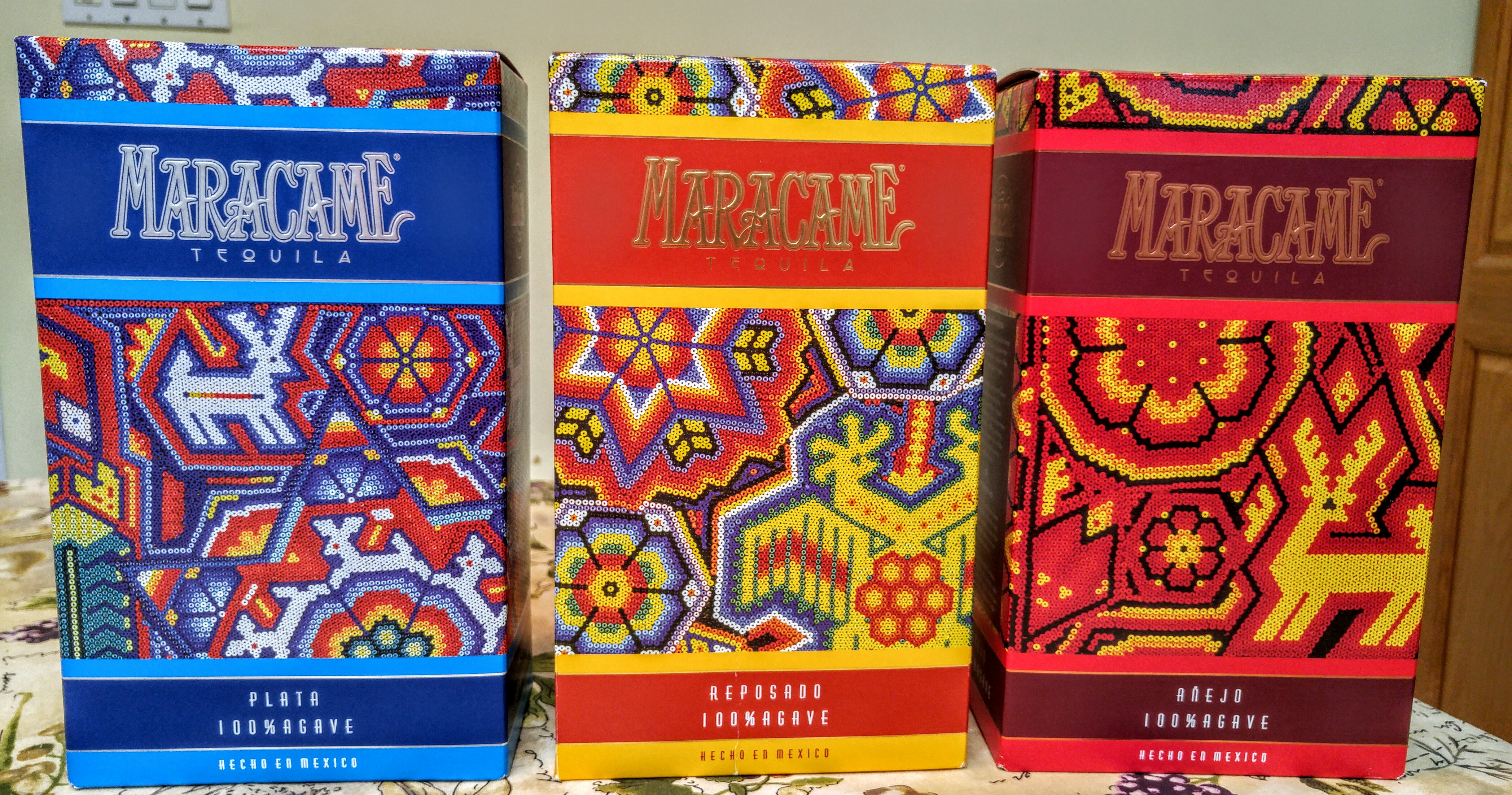 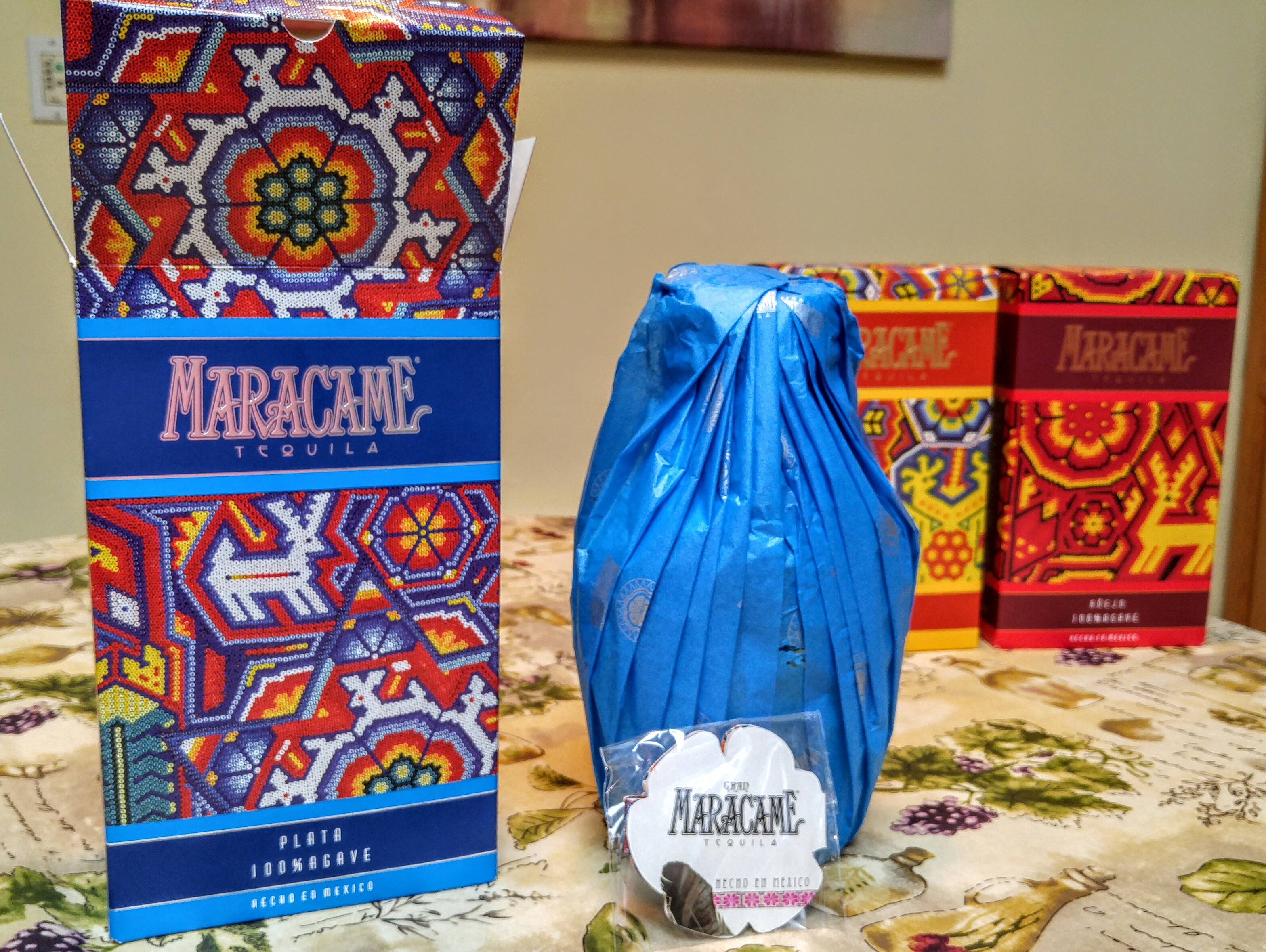 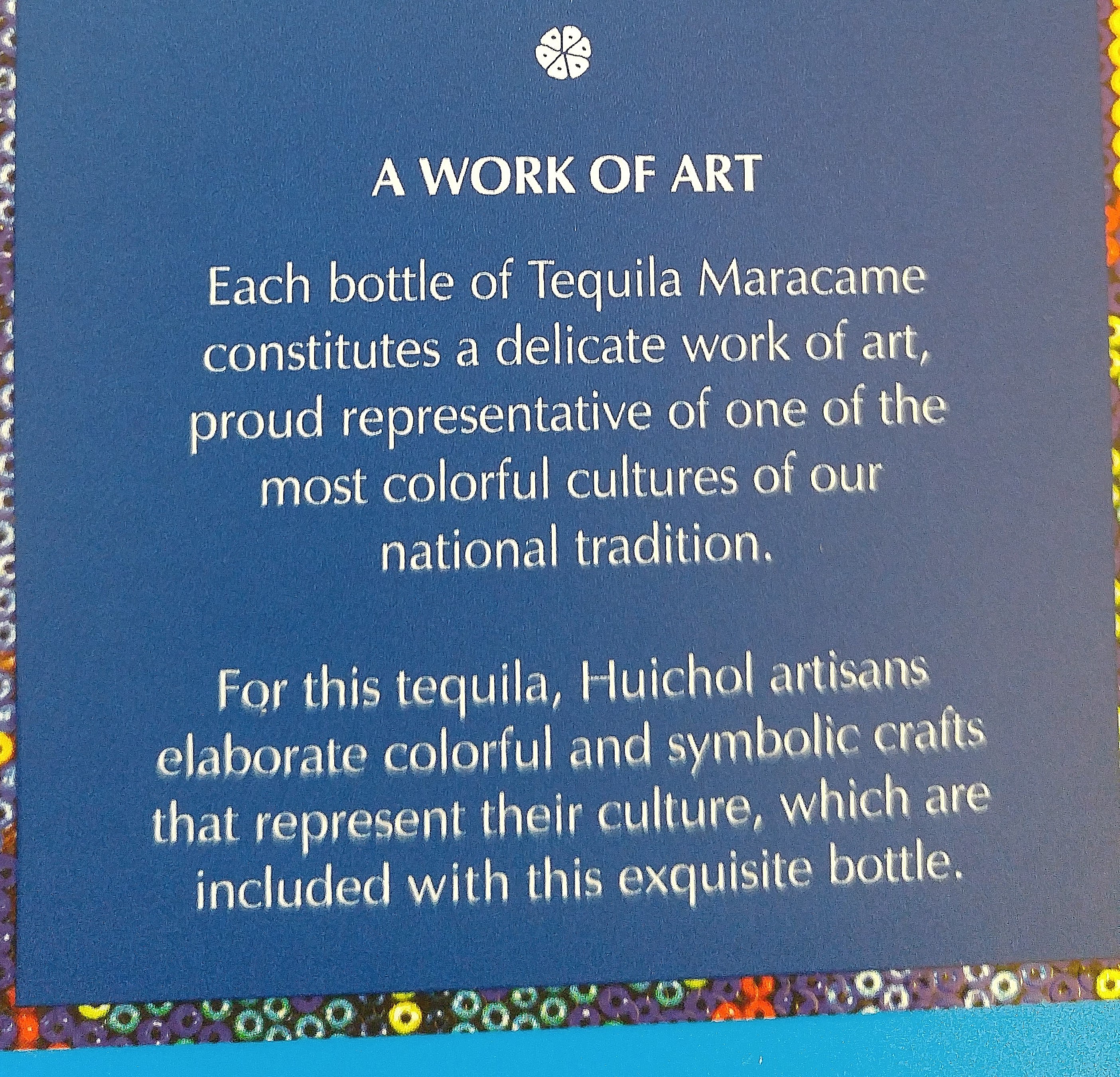 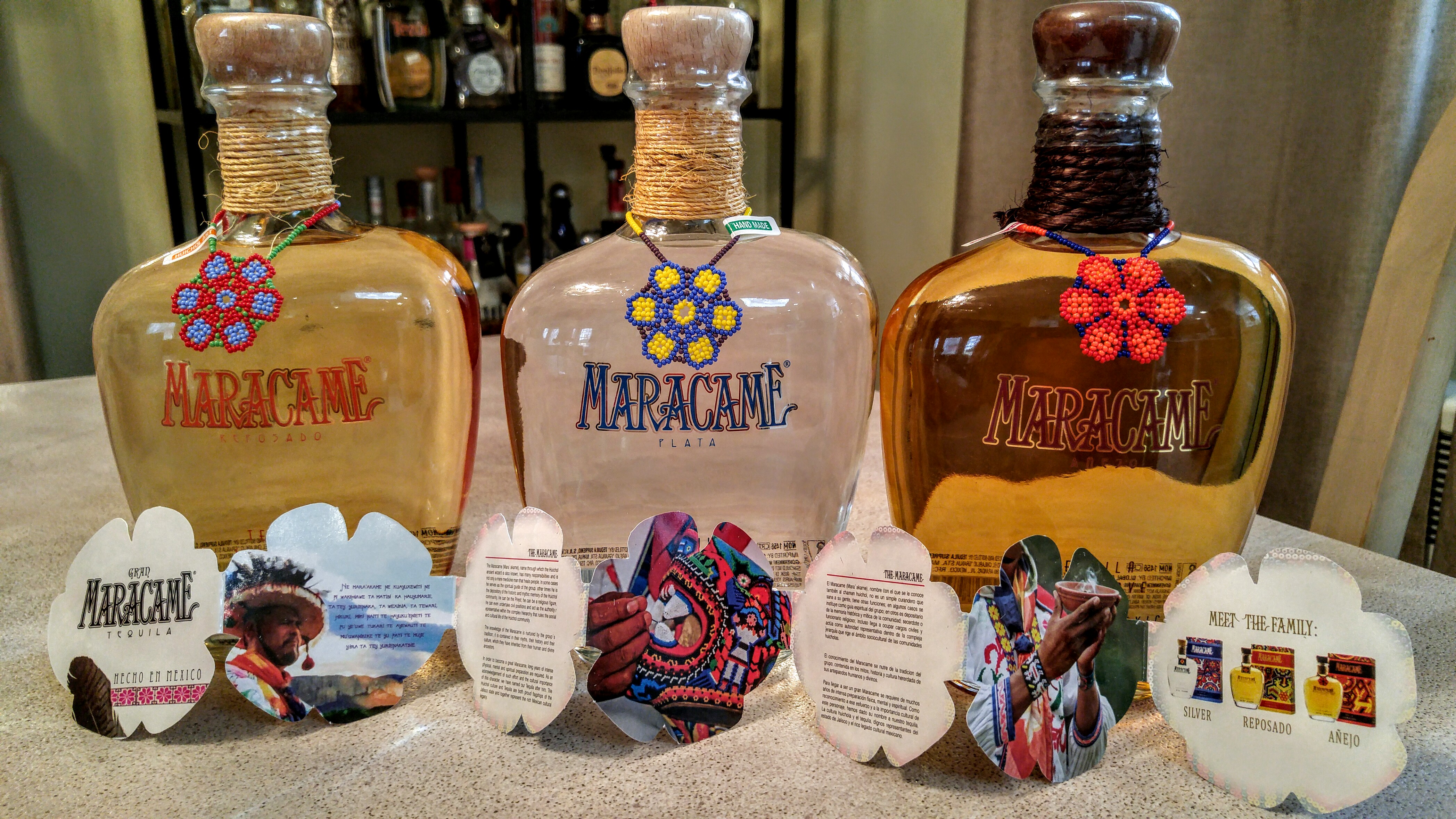 Being a 'Lou's Top Tequila' please see Maracame's logo on the side of this page, click and visit Maracame's website. 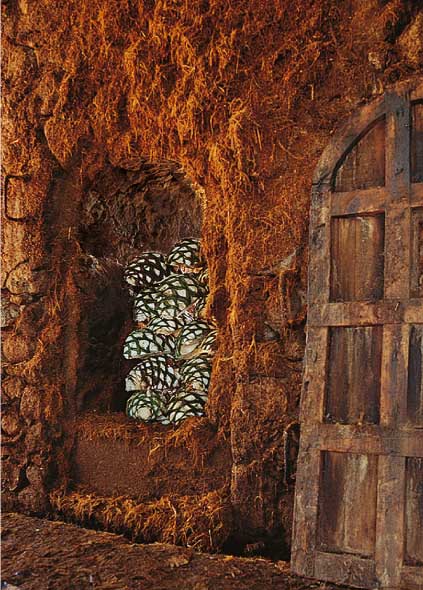 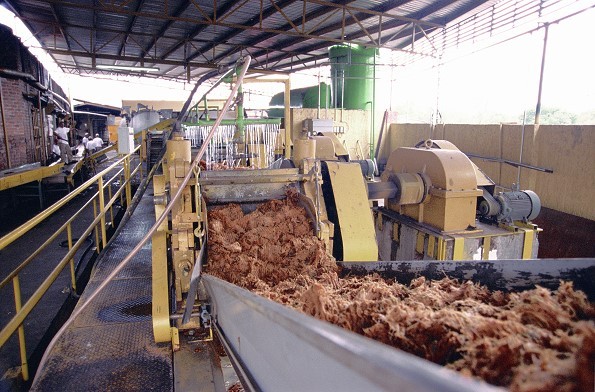