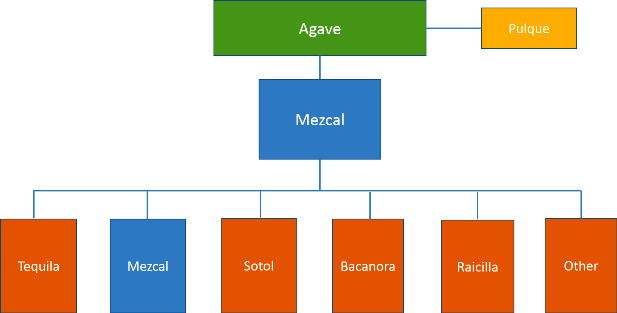 People always ask?..... What's the difference between tequila and mezcal?

Remember that ALL TEQUILAS ARE MEZCALS. Let that sit for a second......Mezcal is the LARGER category- GET IT??.. It ALL comes from an Agave plant, with pulque being an alcoholic beverage made from the fermented sap of the maguey plant (an agave plant). Pulque is traditional to central Mexico, where it has been produced for millennia, and has the color of milk, somewhat viscous consistency and a sour yeast-like taste. Many say, you either love it or hate it.


Thanks to Wikipedia, Eater, Mezcalphd and Food Republic for the pictures and some information.

There are quite a few differences between tequila and mezcal (also known as mescal). The biggest difference is the plant from which both are made. Mezcal can be made from a variety of agave plants (30 or more types) while tequila is ONLY made from one type, the Blue Weber variety of agave. SEE my article on "Blue Weber Agave"- HERE- GHOST_URL/history-of-blue-agave/#.WN0pdm8rLAU


The Mezcal 'maguey' (Maguey meaning any agave plant, especially one of a type used to make alcoholic drinks) has very large, thick leaves with points at the ends, and the maguey species known as "espadín" is by far the most widely used species in the production of mezcal. In addition, mezcal can technically be made from a single distillation (but many are double distilled), where as tequila is usually at least double distilled and many now triple distilled. 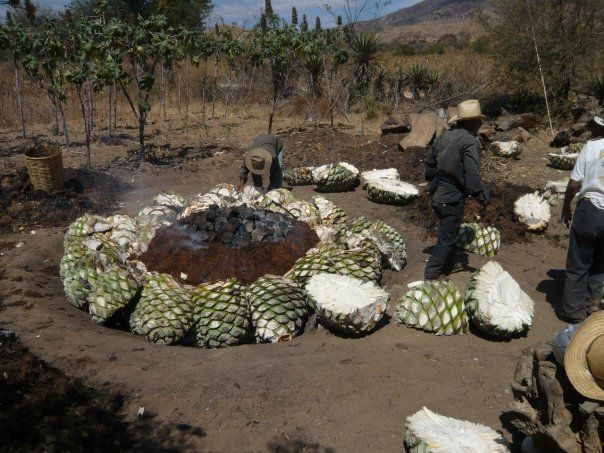 Also in my opinion the next biggest difference is the cooking method (ABOVE). Mezcal itself and other mezcals (except tequila) are actually roasted.... really roasted, not like when tequila brands says roasted. Tequila is not really 'roasted' at all.. it's 'steamed'. Mezcals are roasted in earthen pits, getting that smokey, burnt wood, and sometimes rubbery taste, and despite the similar name, mezcal does not contain mescaline or other psychedelic substances. the rest of the production procedure or Mezcal are similar to Tequila but not identical, and usually more physical labor is involved.


There has been some regulatory changes with Mezcal. According to Wikipedia "The regulations have been controversial, not only from small artisanal producers for whom the cost of certification is prohibitive, but also from traditional producers outside the chosen GI states." Not only are the latter prohibited from calling their product Mezcal, under the new regulation- NOM 199 issued in late 2015, they must label it Komil, a little-known word for intoxicating drink from the Nahuatl language, and must not list the varieties of agave and maguey that are used."


Not all bottles of mezcal contain a "worm", which is actually the larva of a moth (Hypopta agavis) that can infest agave plants. If you see this, it likely was added during the bottling process. Some say it originally was a marketing ploy, while others say that it is there to prove that the mezcal is fit to drink, with the high alcohol level preserving the worm, and only a few say that the larva is there to impart flavor. It appears that usually only cheap, Mezcal has a worm. (BELOW) 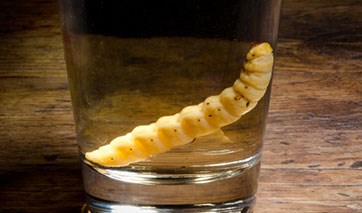 Concerning Mezcal itself, these are the five types of mezcal to know:


SEE my article on "All Agave Spirits Explained" for more detailed information-HERE-GHOST_URL/all-types-of-agave-spirits-explained/#.WN6CDGkpDqA 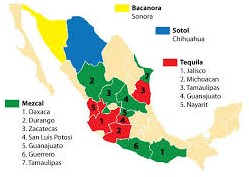 Mezcals originate in Mexico from different States- (SEE ABOVE). Bacanora, Raicilla, Mezcal and Sotol are produced in different areas from Tequila, again with some overlap. Most 'Mezcal' is produced in Oaxaca, south of Jalisco. Mezcal, because of the 'earthen pit' used to cook the agave pinas, produces a smokey flavor that you may have to get used to. Sotol, Bacanora and Raicilla have slight differences over actual 'Mezcal' but trust me .... you know these are more similar to each other, and way less similar to Tequila. Mezcal has a complicated, bolder and rougher flavor profile overall, and is not as smooth as Tequila. Some call Mezcal the "nasty rough cousin of Tequila". 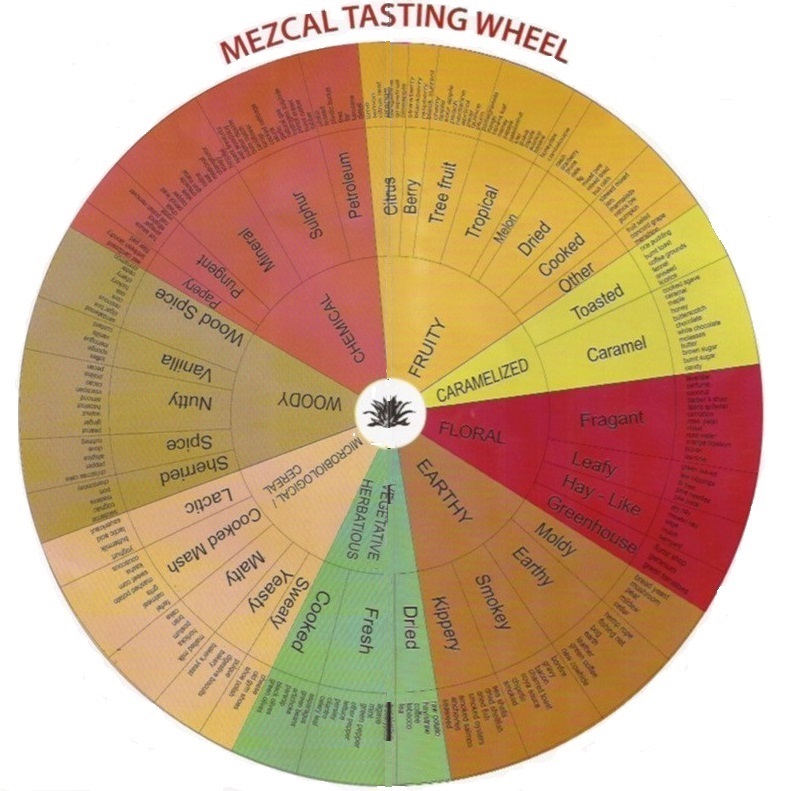 Remember even if mezcal was the same 80 proof/40% alcohol as Tequila, it would be more intense because of the boldness of the 'allowed' agaves, including wild agave. And the kicker is, MANY Mezcals, including Bacanora, Sotol and Raicilla, are STRONGER than the normal 80 proof Tequila Spirits. WOW!... so hold onto your hat. I find if I'm not in the mood for the smoky taste, I use Mezcal in a mixed drink, as it adds beautifully with the woody, smokey complex flavors, with a simple mix, of say.... orange juice in a "Mezcal Sunrise" mixed drink. Either neat or in a mixed drink all Mezcals are amazing and different.


SEE OTHER GREAT EDUCATIONAL ARTICLES and HONEST TEQUILA REVIEWS along with REAL TOP TEQUILA LISTS- HERE ON- LONG ISLAND LOU TEQUILA - SEE all the tabs above, and PLEASE LIKE on Facebook- https://www.facebook.com/Long-Island-Lou-Tequila-641682619241422