QUI is not for me 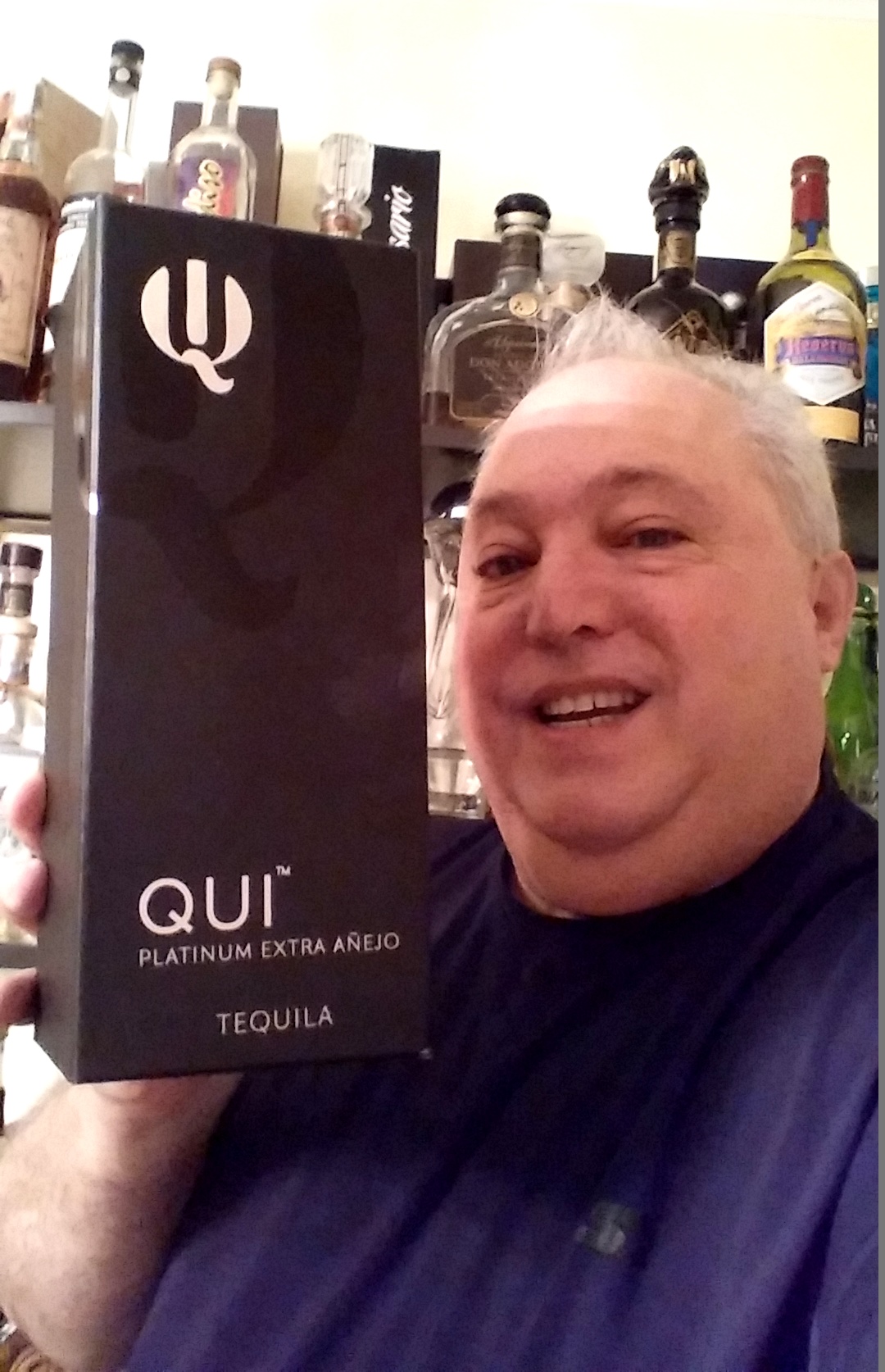 Qui extra anejo is another one of those clear filtered aged tequilas, that for the most part, has lost some of it's soul in the process. I just don't think it's anything special, and I'd rather spend $30-40 more for the real thing. I've read a few positive reviews, but I don't agree with them. As **I'm going against the wind on this, so if you buy it and love it, please let me let me know what you love about it. Simply put, it's too sweet and hot, not smooth until the finish, and the nose is so much better than the taste. The only thing going for it, is the low price for an extra anejo. There are a few for the same price, but most good ones will run you about $40 more, so they do have great market position with the low price. I'm sure it's aged according to this category, but doesn't taste like most quality XA's. Pete Girgis (President and Co-founder at Qui Tequila), once was a corporate attorney, but decided to leave his corporate job so that he could launch a tequila company. His dad owned liquor stores that he managed, and he says he has a passion for the spirits business. He met his co-founders, Mike Keriakos, and Medhat Ibrahim while practicing law. The label is owned by New York based Basha Holdings, and it's billed as the world’s first platinum extra añejo tequila, but I am not impressed.


This is after all, supposed to be an extra anejo, but it just doesn't taste similar enough to any XA's I've had. Look I understand that it's a marketing thing and they're trying to hook new people into the tequila world, and I can respect that, but this is not the way to go. The only exception would be for people that have not had quality extra anejos before, or for people who want to only spend $55-60 and haven't had a lot of experience with aged tequilas. In that case, they might not know any better, and I don't mean that, in an insulting manner. For a few dollars more I would suggest that you go with the real thing and that you may want to bypass this. For me, all this filtering..... simply kills it. 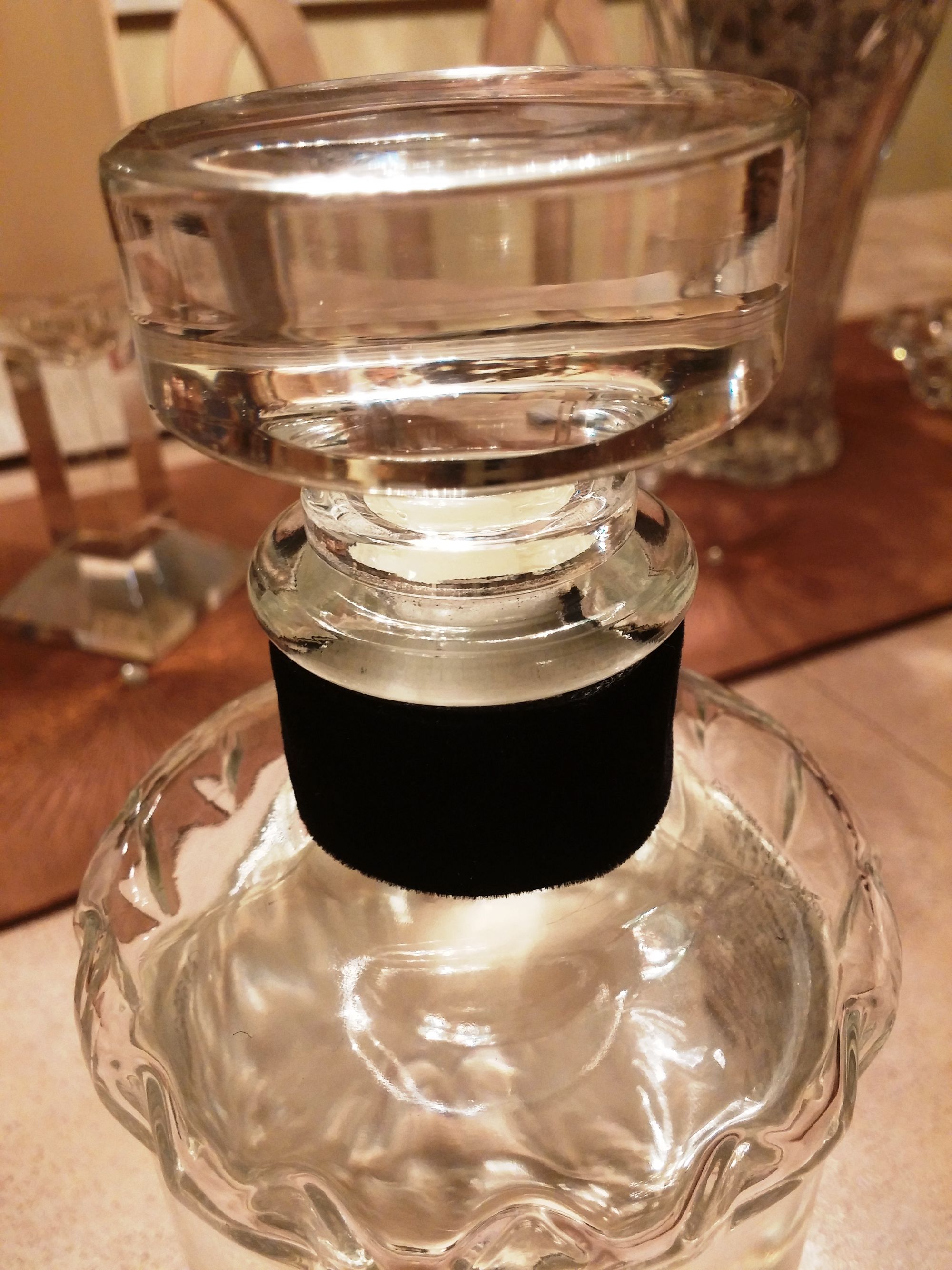 I mean if you're going to drink extra anejo.... drink it the way you're supposed to drink it. Let it look like it's supposed to look, let it taste like it's supposed to taste. I don't care much for any of these ridiculously filtered-down, aged tequilas, like what Don Julio does with it's 70 Anniversary Claro anejo or what Maestro Dobel does.... it just doesn't taste right. So when I say "Qui is not for me", it doesn't mean that you won't like it, but I'm betting that if you're a seasoned tequila drinker or just someone looking for quality, that you'll agree... this isn't it.


Qui is sold in NYC and Texas at this time, and it sells for at least $55 a bottle. Yes that's cheap for an extra anejo, but it doesn't taste like an extra anejo anyway, so for me- it's just a waste of money. The name Qui means the "key" to the kingdom, to enter a certain level of exclusivity and luxury. REALLY? The bottle and the packaging is nice. Qui comes in a nice box and the glass bottle is very heavy and sort of a showpiece (SEE ABOVE). It's just a shame that what's inside the bottle, which really all that counts..... isn't up to snuff. 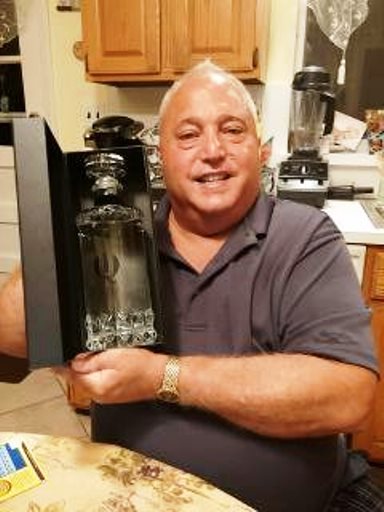 Qui hired longtime Herradura master distiller Miguel Cedeño to oversee its operations. It is 'supposed' to be one of the smoothest finishes in the world, but I don't agree. It's a crystal clear Extra Añejo from the Highlands (Los Altos) of Jalisco, made at Nom 1509 Tequila Embajador. The distillery also produces Crotalo and Alma de Agave among others. According to a 'buy link' right off their own website (Financial District Wine & Liquor), they report that after the aging process, Qui Tequila undergoes a proprietary filtration and distillation process in order to create a finish that is incredibly smooth, creamy, and refined, "while leaving behind the amazing flavor and aroma obtained from aging." Excuse me but, WHY would you want to "leave behind" any amazing flavor and aroma? Is it me?... I mean, you might as well just drink Vodka. I am open to trying new things, but if I was going to lose the good parts of an extra anejo, the remainder better be amazing, and it isn't. Why leave behind the actual reason you wanted an extra aged tequila in the first place? 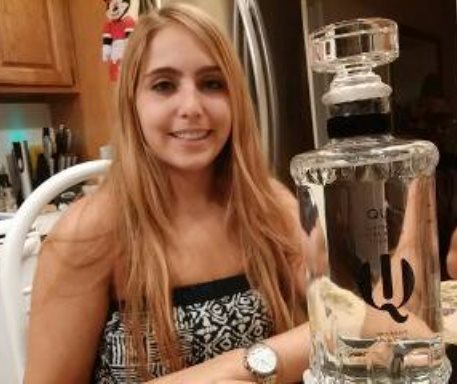 PRODUCTION- Qui at 40% ABV is cooked using stone hornos, followed by shredder/roller extraction, and following fermentation, is triple distilled in stainless steel pot stills, and filtered 9 times for the clear color and somewhat smooth finish. It is aged for more than three and a half years in a mix of rare white oak casts from previously used American Whiskey and French Bordeaux barrels. The reason I say that "it's not for me", is that I am accustomed to better quality, more complicated and bold extra anejos and this filtering, causes a somewhat bland, flat taste. I believe you would agree. Try a shot at a bar (slow sip) and compare it to other extra anejos. I have tasted many many XA tequilas just as smooth or more so, WITHOUT being triple distilled and filtered 9 times.


FINISH- some alcohol heat, very sweet, mild oak, mild butterscotch with very mild chocolate, and a bit smoother with less bite, as it finally finishes. It has a medium exit. 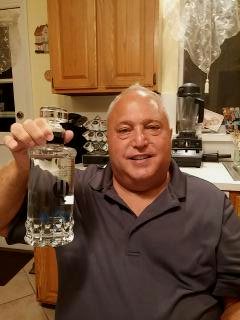 I have no reason not to want to like this, but I just don't. I just don't like these heavily filtered gimmicks, because the taste is just not there, and I think all this filtering takes away a lot of taste and barrel notes. It's bland, and is lacking the complexities and the notes found in barrel aging of this length. It's simply sweet, bland and hot. 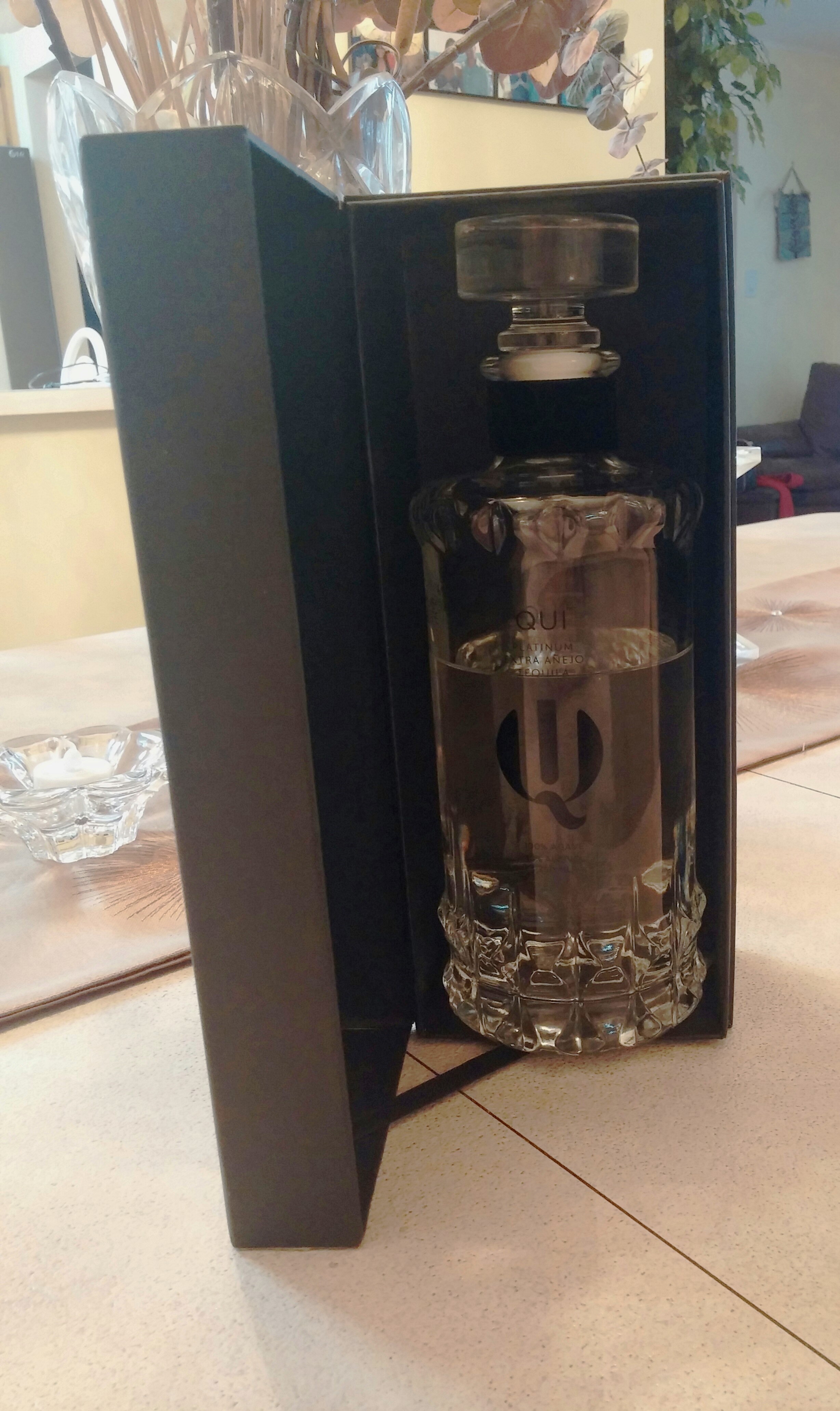 I mean it's really just a combination of overly artificial sweetness and a hot flat/bland taste. I'm not a total traditionalist, but I simply feel that if you're going to drink Extra Anejo, then drink REAL extra anejo, and get the whole effect. To me...... this is just a gimmick. 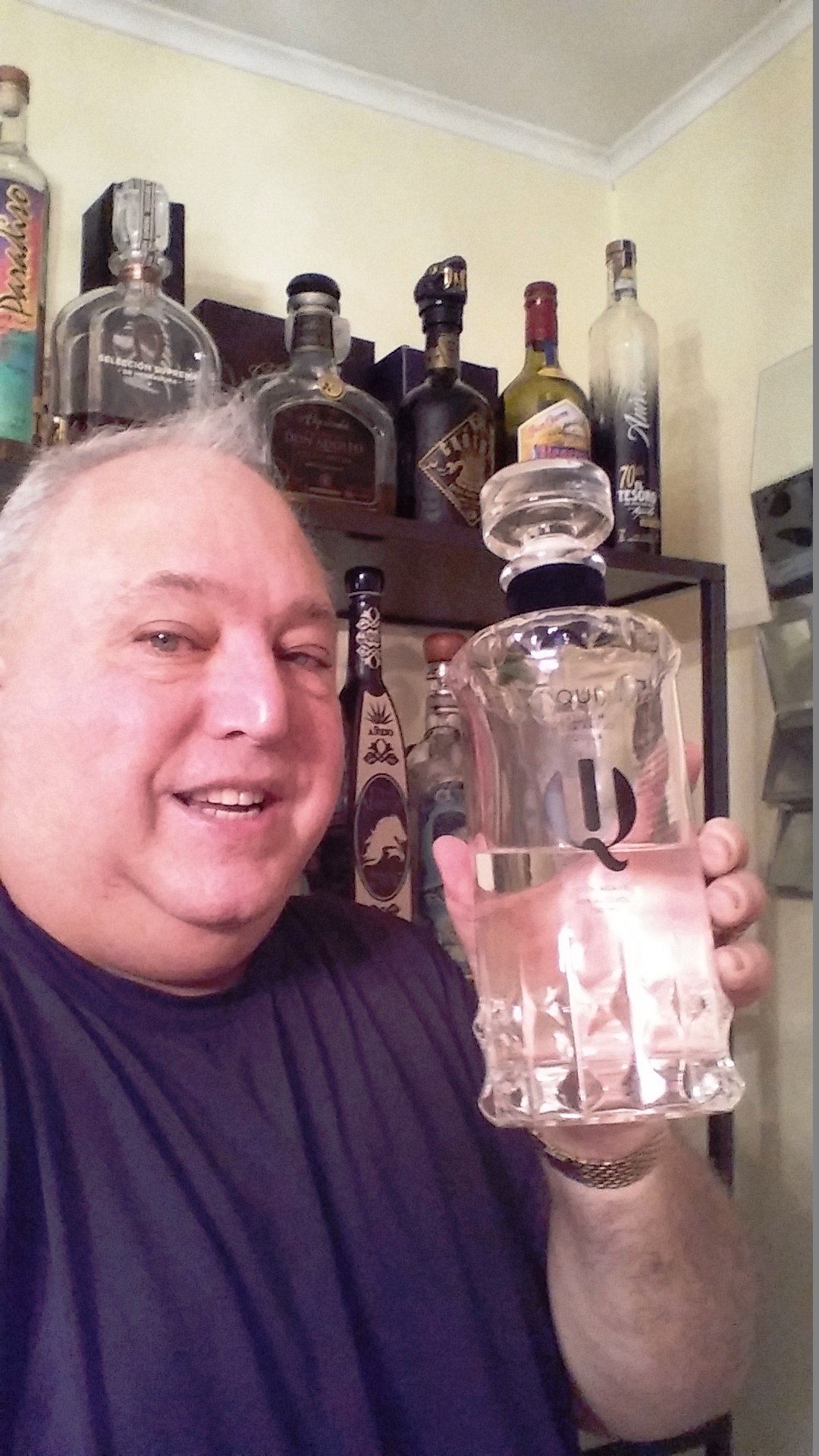