Suerte Tequila - One of the REALLY Good Ones 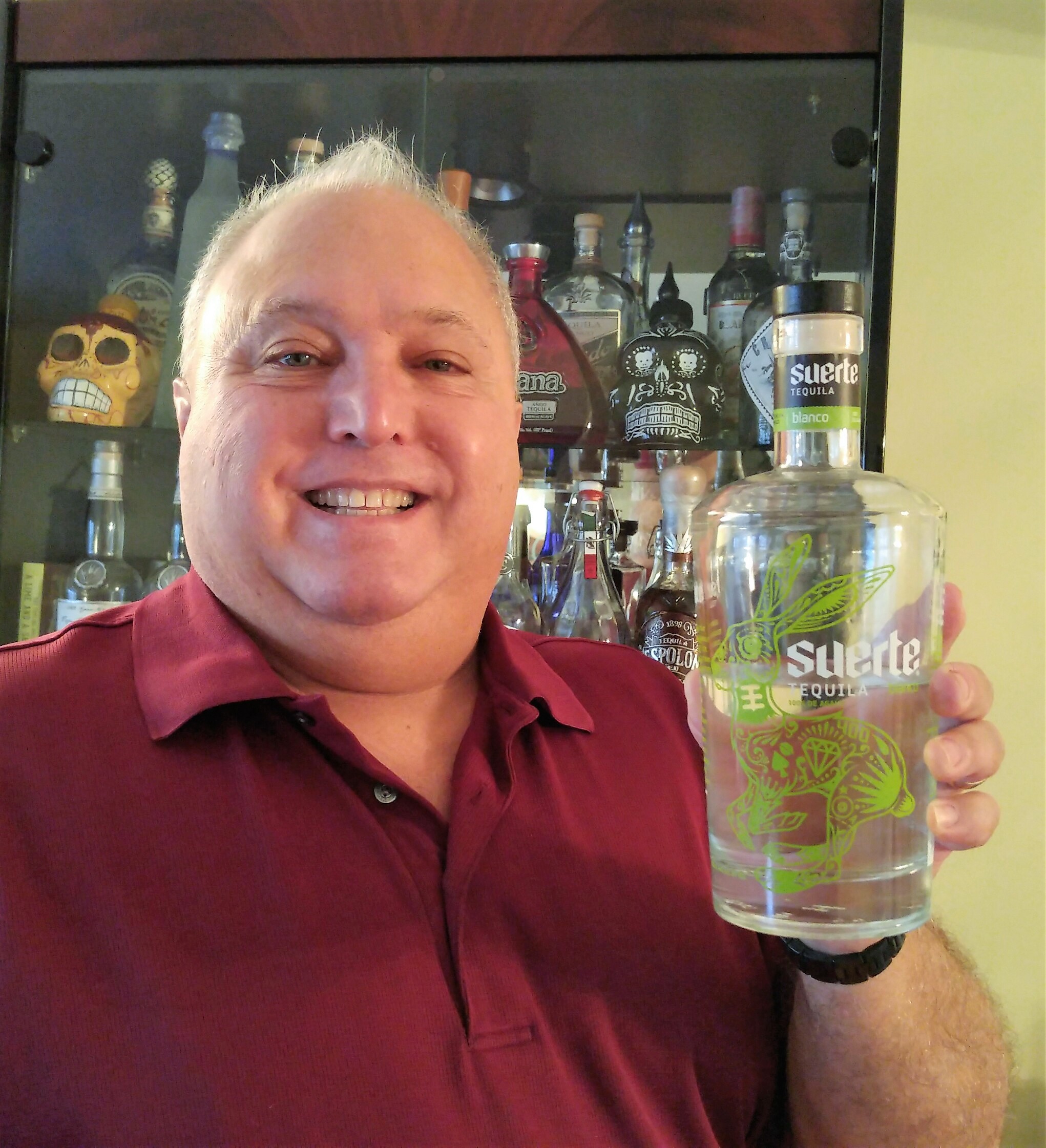 Suerte means 'luck' in Spanish, but for those of us who love traditional tequila, we are actually the lucky ones. Suerte Tequila is an exceptionally well made, small batch and all natural, artisan crafted tequila. Award winning Suerte Tequila is made the way tequila used to be made, and doesn't cut any corners. Although 'lots' (batches) can vary slightly, like most handmade small batch tequila, Suerte has it's own taste profile and is easily considered a top tequila brand. Produced at Tequilera Simbolo S.A. de C.V in Atotonilco El Alto, Jalisco, in the Los Altos (highlands) at NOM- 1530, Suerte was founded and is owned by Laurence Spiewak and Lance Sokol. The Master distiller is Pedro Hernandez Barba, whose family owned the distillery, that Laurence and Lance purchased majority ownership in, back in 2013. Barba has a percentage of ownership in the distillery and in the Suerte brand, and also owns the agave fields where the agaves are grown for Suerte. Besides growing agaves, Pedro Barba also grows avocados. Laurence told me "Pedro created and makes the tequila, he’s the Maestro". Suerte is one of a few distilleries and brands using 100% tahona crushing, so between that, the use of hornos and copper coil stills, it's safe to say this is a traditionally made, old world style tequila. Tampa Bay tequila aficionado and friend Jim Lannon was recently there, and says "this distillery is the epitome of a 'mom & pop' operation, they have only one horno and one tahona, and it's actually quite amazing on the quantity of juice they are able to produce, for such a small operation." Jim went on to say that "with only a handful of employees, they do everything by hand, including bottling, labeling, corking and shrink wrapping. 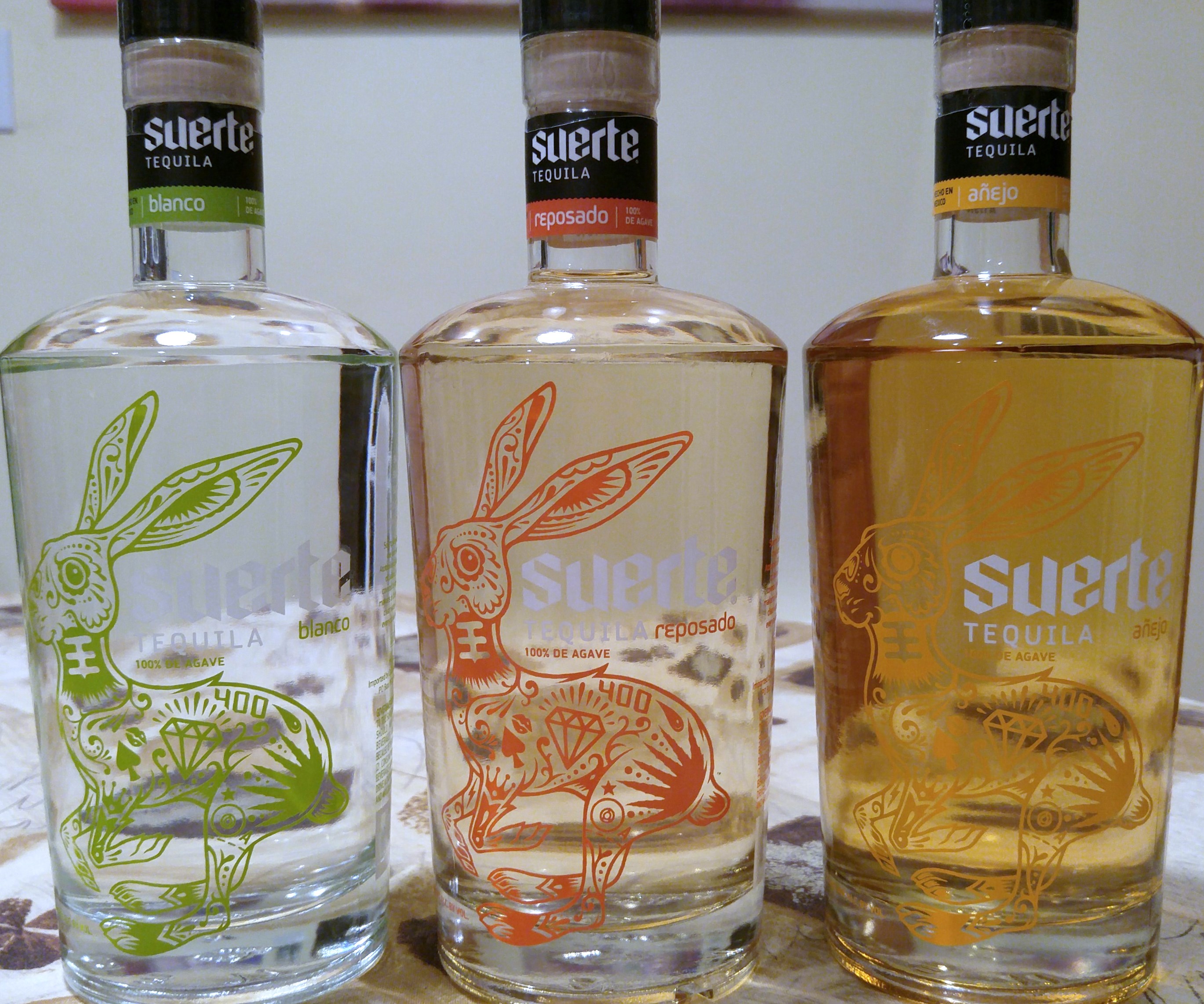 Suerte's rabbit logo comes from their version of a legend where an agave farmer's wife noticed 400 juiced up rabbits running nearby in the fields and drinking the fermented sap of the plants. It turns out they were in fact drunk, and after the town people started drinking this and getting all lively and vibrant, the King heard about this and came to visit. Thinking she was some kind of goddess for discovering this, he crowned the farmer's wife 'Mayahuel'. There are many versions, one in which lightning hit the agave plant, thereby fermenting it. In Aztec mythology, Mayahuel- the Goddess of the agave plant and fertility, had an epic one night stand with Patecatl, who was also a pulque god. The result was 400 wild children, and by all accounts they were a bunch of lively characters. Mayahuel fed her little 'rabbits' pulque, the fermented sap of the agave from her 400 breasts, which apparently made the 'Centzon Totochtin', otherwise known as the 400 Rabbits, very rowdy and happy. They were so out of control, that the pulque swilling Aztecs called this highest level of intoxication...."drunk as 400 rabbits," which meant wasted to infinity. Tattoo artist Adam Jackson designed the logo on the bottles of Suerte Tequila, based on this Aztec mythology, which inspired the brand’s originators. 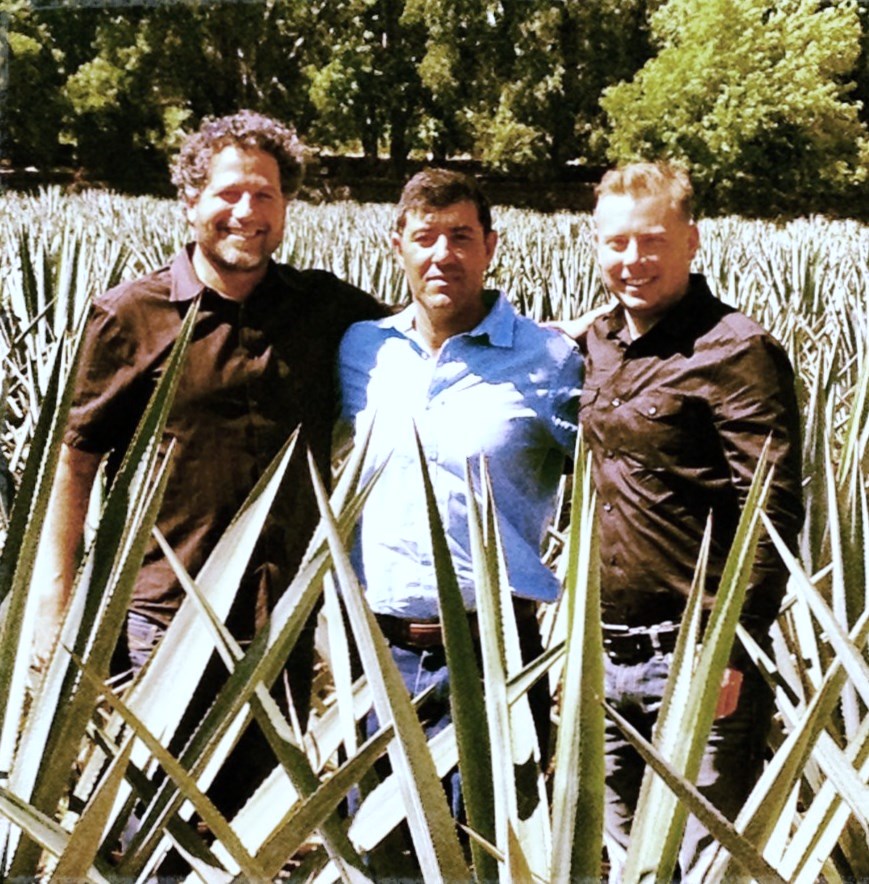 Laurence Spiewak, Pedro Hernandez Barba and Lance Sokol (L to R) are a great team, making a high quality, clean, delicious small craft tequila, at an affordable price. As Jim, a recent visitor there said "the best part is how affordable it is, based on the fact that it is such a slow, labor intensive process". It's hard to argue with that, with the blanco selling for around $29.95 and for these old world methods.... That's Simply Amazing. Suerte is nice, light, simple, soft, clean and flavorful tequila, with definite citrus, fruit and agave sweet notes up front along with an earthy and stone like quality. Suerte has its own profile, and tastes different from other blancos, and Suerte is the only brand made under NOM 1530. Spiewak told me "you’ll see six other brands listed, but none of them exist any longer and we’re working with the CRT to get the data base cleaned up, and we have no plans to make any other brands." That's refreshing to hear, and very unusual these days. I like a distillery where all their focus, is on their one product. What's also great is that although it's amazing to sip Suerte neat, at these prices you won't feel guilty using it in a mixed drink. An old world horno and tahona made, high quality tequila in a mixed drink? I don't do that often, but hey at this price.... why not? 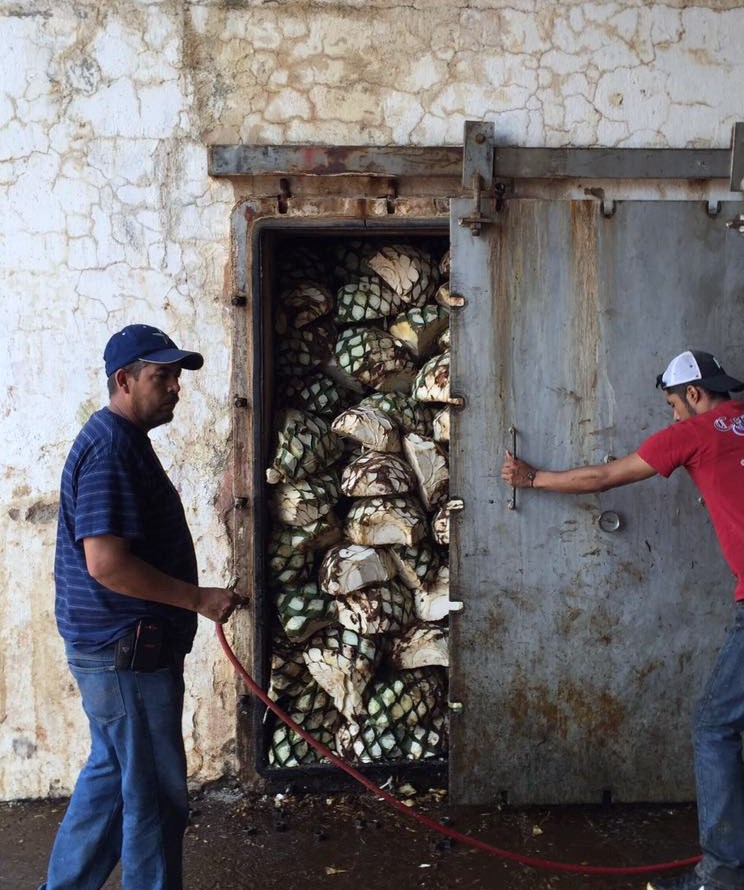 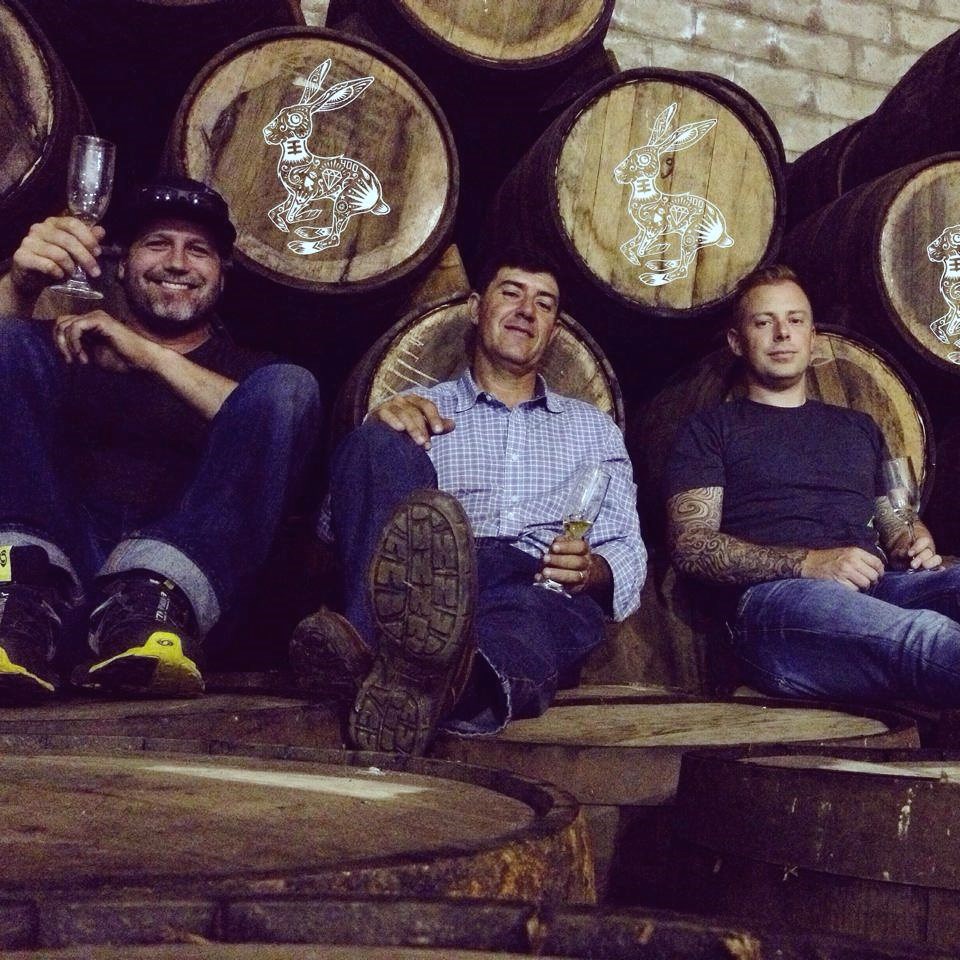 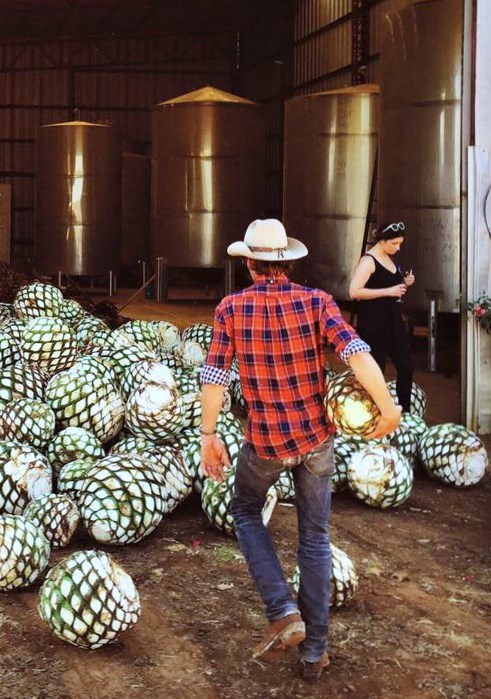 PRODUCTION- Suerte uses single estate Los Altos (highland) iron rich, 6,000 ft elevation- sweet agaves, grown on their own land and slow roasts at low temperature in brick hornos (oven) for 56 hrs. As in years past, they crush using 100% tahona, which is not seen very often anymore, although they also run all the fibers through a screw press/shredder combo as well, so it's double crushed. After 72 hours of fermentation in stainless steel tanks, using proprietary yeast, double distillation begins. First distillation (ordinario) is done in 6,000 liter stainless steel pot stills, followed by smaller 4,000 liter stainless steel stills with copper inside for the second and final distillation. **Suerte Blanco rests for a minimum of 2 months in stainless steel tanks prior to bottling. All aged expressions are aged in used American Oak whiskey barrels with a medium char, and only the purest, high mineral content natural spring water, from the highlands of Jalisco is used.**The bottle is easy to hold, with a nice tight fitting stopper, of synthetic rubber and according to Spiewak, the wooden top cap is made from sustainably harvested wood. 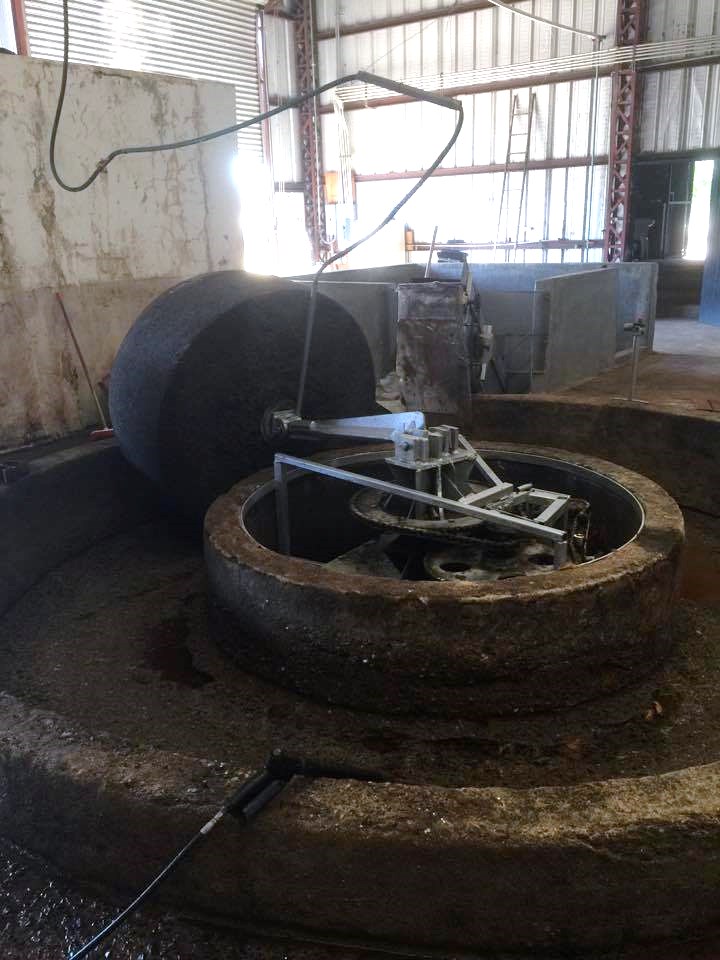 BLANCO- approx $29.95- this blanco is involved and very tasty, although it has a nice soft, thin and light feel in the mouth and is very clean. I love the citrus notes. It has a nice bite, and is not a typical smooth and sweet blanco. It has a stone like earthy aroma. Definite cooked agave forwardness, vegetal, citrusy, earthy, peppery, apple and grassy on aromatics. Tastes of citrus, pepper, earth and vegetables with spice notes, along with a fruit, floral and cinnamon presence as well. This is a top quality and delicious blanco.

REPOSADO- approx $33.99- the reposado rests in used American Oak medium charred whiskey barrels for 7-11 months. This is an excellent light sipping Reposado. There's a nice balance of agave and oak. It’s robust with aromas of spice, some light cinnamon, caramel and honey. Flavors include light oak, fruit (apple) and mild orange citrus, light cinnamon, vanilla, oak, and a touch of butterscotch. This Reposado is easy and delicious to drink. Very light and lively.... I love it. 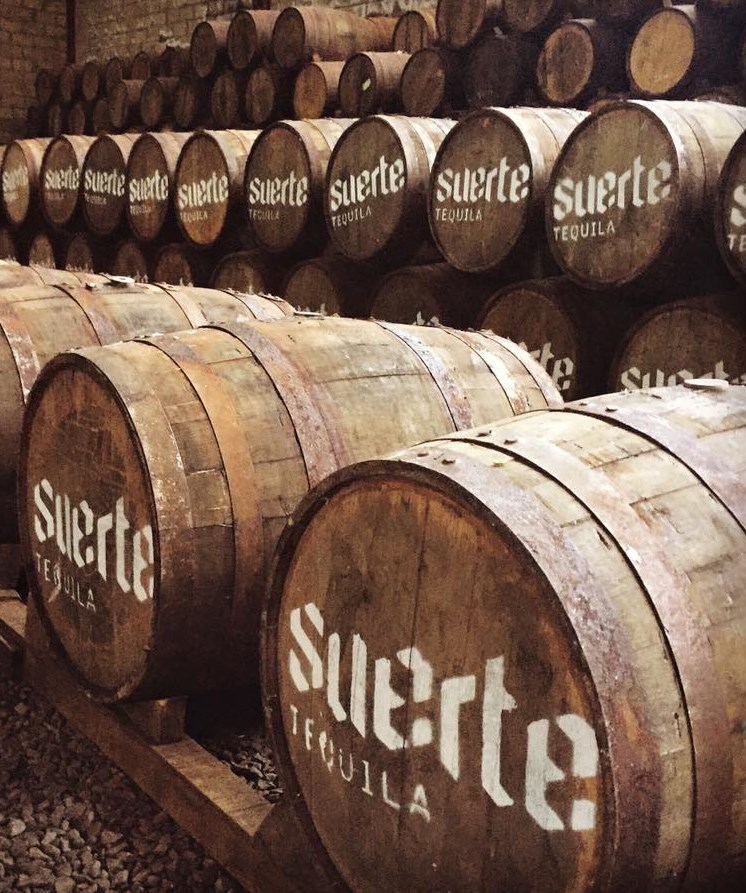 NOSE- light oak, light vanilla and spice with some vanilla and cinnamon and a touch of pepper and floral with honey and smoke.


TASTE- light to medium oils, some nice heat at first, light oak presence with fruity and citrusy notes of orange. Smooth with some light cinnamon, vanilla and caramel.


FINISH-some minor heat, fruit, a tangy citrus and vanilla, with light caramel, spice and oak, going out in a surprisingly medium to long exit for a light looking and tasting reposado. 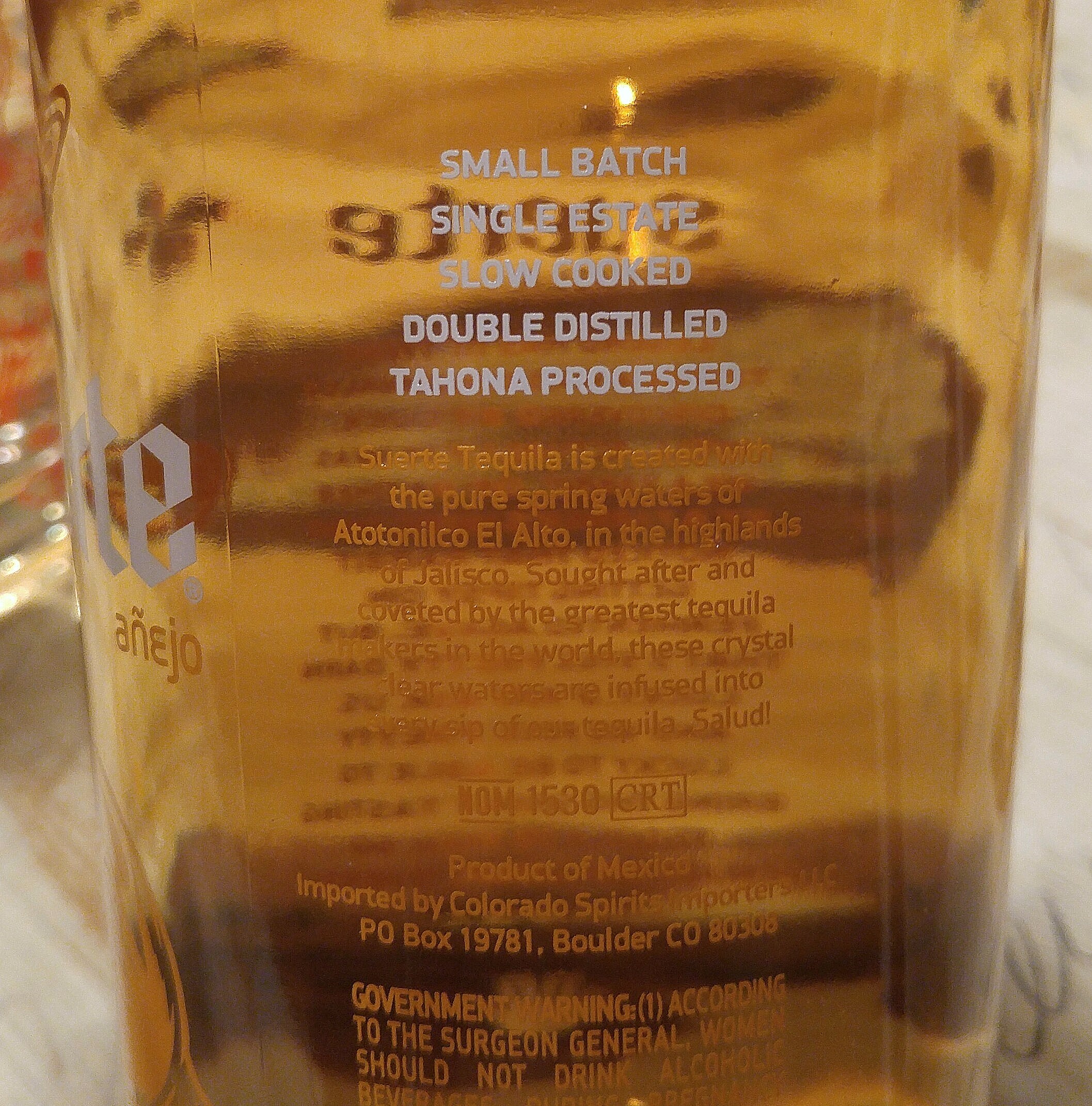 ANEJO- approx $48.99- the anejo is aged for two years in used American oak medium charred whiskey barrels. This full-bodied anejo has a lot of things going on, and is nicely balanced, with some agave notes still coming through along with the oak. The aromas are wonderful and it entices you to sip it. An oak/whiskey aroma goes to some sweet agave and cinnamon, floral, spice, slightly buttery and honey. There is a fair amount of vanilla and caramel, but not an overkill and it doesn't stop there. More aromatics include some very light smoke (always a nice thing), light citrus, fruit notes and a pinch of alcohol. The taste wasoaky, sweet, buttery, mild butterscotch, vanilla, not overly smooth, touch of smoke and honey and some caramel creamy notes. This anejo is a big winner.


FINISH- honey, sweetness, oak, vanilla, with a pinch of caramel to a nice pleasant medium exit.


I gave Suerte Tequila blanco an 86 rating on Tequila Matchmaker, as it's involved with a soft, thin and light feel, with delicious citrus, fruit, stone/mineral and earthy notes with lots of cooked agave. CLICK- http://tequilamatchmaker.com/tequilas/4499-suerte-blanco 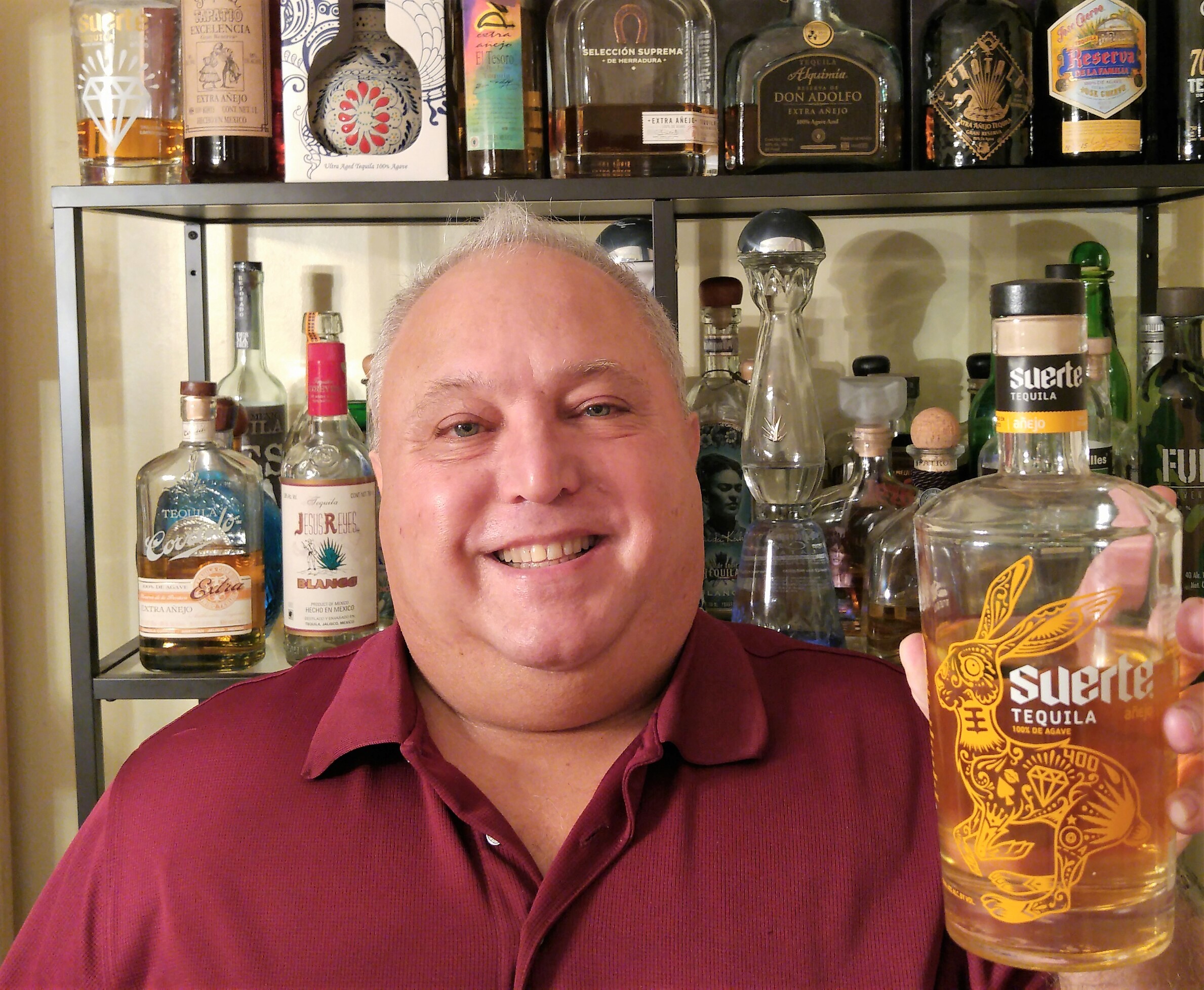 The Suerte line is excellent. This is a really well made, tasty tequila. I highly recommend it and the prices are amazing, especially for the labor involved. You will have a hard time finding equivalent quality at this price. Simply Spectacular!!